NYDN– An Italian Catholic priest is under investigation for allegedly organizing orgies in his church’s rectory and acting as a pimp for up to 15 women.
Authorities are investigating Father Andrea Contin, a 48-year-old parish priest at the Church of San Lazzaro in Padua, for living off immoral earnings and psychological violence following complaints from three female parishioners, The Times reported.
A variety of sex toys, pornography obscured with covers featuring the names of past popes, and videos reportedly showing orgies taking place on the church premises have been seized by police, according to local media reports.
The 48-year-old priest also allegedly pimped out up to 15 women on wife-swapping websites and enjoyed expensive holidays with his lovers in exotic locations including Croatia, France and Austria. Among his trips abroad was a stop at a naturist and swingers resort in Cap d’Adge, located on the Southern coast of France, according to International Business Times.
A bishop first received complaints about Contin earlier this summer, but church authorities didn’t contact the police so they could first complete their own investigation, the Times reported.
Contin was, however, asked to leave the parish pending a thorough investigation, though “that does not amount to a conviction,” according to a statement from the Diocese of Padua.
One 49-year-old church volunteer during an anonymous interview with local media claimed she had an affair with the priest and confirmed that they had sex in the rectory.
“There were a lot of women hovering around him,” she said. “I didn’t understand that at first, only later.”
Contin has not been arrested, but a prosecutor is reportedly looking into the allegations.

I’ve watched the movie Spotlight roughly 20 times in 2016 and each time I get dumbfounded by the amount of sexual abuse that runs through the church pews  and behind the alters that involve little children, boys mostly. I don’t know when it officially became a thing with alter boys and priest molestation but I know i made those jokes when i was at least 13, so that’s another 13 years that the church has been hardcore branded as a place where gross pedophile shit happens. Well this is the first mark in the changing of the brand. Throw out the image of a priest in a confession booth with a sexually confused 13 year old boy and replace it with the Bunny Ranch out in Nevada. It’s far from being the most kosher of activities to do in a place of worship and faith but PR 101 is a class that takes forever to master but one thing you’ll learn real quick is that its not easy changing a #Brand overnight. Taco Bell took years to change it’s image from selling ground horse meat as beef, to the cantina menu, till now where it’s being called the healthiest fast food option. Well the Church of San Lazzaro is at the chicken quesadilla phase, It’s still fast food so there’s that, but you know you’re not eating a diseased horse’s meat. Still bad for your health but making progress to introduce a healthy, non sexual deviant/exploitation menu option of the church.

I don’t know if that comparison holds up but you get my point. It’s better than pedophile stuff.

(NEWSER) – If you find yourself in Cleveland, keep your strip club opinions to yourself. So learned Antonio Cummings early Saturday. The 24-year-old from Orlando, Fla., was at the Ohio city’s Lido Lounge for a birthday party, WKYC reports, and while standing outside of the club, Cummings got into an argument with a guy identified only as Mike.
The two were debating the difference between strip clubs in Florida and Ohio, and the argument turned into a fight that culminated in Mike allegedly shooting Cummings in the left thigh then fleeing in a vehicle. Friends took Cummings to the hospital. The investigation (into the shooting, not which state has better strip clubs) is ongoing.

I guess since this is a Florida site, you would expect me to have Antonio Cummings back here. Defend Florida’s honor and go on a tirade about Mike how he’s just some slug from Cleveland and how their strippers probably look like beat up dogs. Nope! Any guy who has ever been through Orlando knows that the biggest flaw to one of the largest vacation spots Florida has to offer is that they have the biggest bull shit law ever about strip clubs. Girls essentially have to hover over your dick by at least like a foot. What the fuck is the point of that? They wear pasties and g strings, charge over priced drinks, and are basically hovering over your dick or dancing around you like a lunatic. Sure you could try to bribe her into fucking her after but still, maybe its 3 am and I want to get a few lap dances first so i can take the ride for a spin to see if i want to fully commit to paying for sex. It’s a bullshit rule. Its a terrible time for me and terrible for the ladies cause no chance in hell I tip her enough to buy McDonalds if she doesn’t rub her ass against me or nearly smother me to death with her tits. So I don’t know what the fuck Antonio can be arguing for here. Are Cleveland strip clubs even worse than Orlando strip clubs or something? Can’t be right? they don’t have the political strings being pulled by Micky Mouse and they seem like a place that are pretty much at the point where they could openly solicit prostitution there. I base that solely on the fact that the Browns and all of Cleveland stinks so they turn to prostitution to ale their woes. 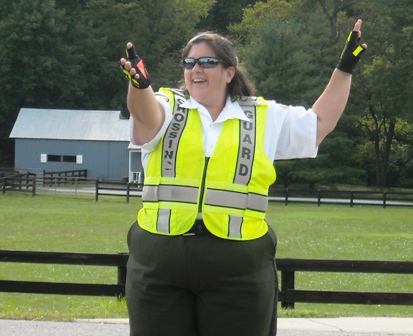 Source- Prostitutes congregating on a main road into the city of Milan will be fined €500 (£360) under a new local law if they fail to swap their standard issue miniskirts for the reflective jackets and trousers worn by road workers.
The area in and around the northern city is experiencing a boom in the world’s oldest profession thanks to the 2015 Expo World Fair, with an estimated 15,000 extra sex workers having made a beeline for the event, which has been dubbed “Sexpo” by locals.
On the main road out from Milan to Cremona the increase in the number of prostitutes is particularly noticeable and presents a road-safety problem, say the authorities in the outlying town of Spino d’Adda.
According to its deputy mayor Luciano Sinigaglia: “The sex workers should be treated as employees who work on road construction and forced to wear clothes that make them visible.” He said this meant sensible reflective clothing and no miniskirts.
Sex workers caught a second time without the right highway clothing will be hauled into the police station. “We are almost ready with the definitive draft of the document. I hope to have it [the ordinance] up and running by the start of September,” Mr Sinigaglia told Corriere Della Sera. But the newspaper noted that in addition to preoccupations with road safety, authorities in Spino d’Adda took a strong line in discouraging prostitution. Four years ago the town introduced a law that allowed clients of street-walkers to be fined up to €500.
Expo 2015 in Milan has been hailed as a success by its organisers. But, appropriately, given the event’s global aspirations, prostitutes who have converged on the city in the past few months are said to hail from a wide variety of countries including Brazil, Bulgaria, China, Nigeria and Morocco. The ability of a major international event to attract prostitutes was demonstrated by last summer’s World Cup in Brazil, when it was reported that hundreds or thousands of Latin American sex workers left Italian cities to return home for the duration of the tournament.

My first reaction when i saw this story was that this was an atrocious rule. That the government was kinda limiting the businesses potential. Like Oh we kinda allow prostitution but we dont like it so we’re gonna make you wear a high vis jacket like you’re about to go deer hunting so people might get less turned on. I dont want to have sex with anyone dressed as a crossing guard for some elementary school. But this is a place where i assume prostitution is legal so among the masses of people in this busy ass convention, you need to stand out a little. you gotta build it up like Its like mind recognition almost. Green light means go, blue sign with a white human shape with no triangular body means im allowed to take a piss in there, Blonde in a high vis jacket means im allowed to ask her how much it cost to fuck her. You’re seeing a bunch of people there at whatever expo this is maybe you see like 40 hot chicks but you dont know if they’re with someone or dont want to ask them for their number or anything, well in that sea of people if you see a high vis jacket on her, you can fuck her. Yea i want to see a bit more of the package before i purchase you’re services but if she has a decent enough face and doesnt look like the woman in this post above, then its probably not the worst of bodies. The coke probably helps keep the weight off them anyways.