Fucking sinkholes man. This is going to be my cause of death I think. One day just driving around looking to grab some lunch and the next thing you know San Andreas happens in my drive way and I just end up being engulfed alive by the Earth. And I know I can probably google It but In my mind there’s no way to stop a sink hole and we don’t know the cause either. All I know is the Earths mantle is going to chew my ass and swallow me into hell hopelessly. That’s just the glamorous life of South Florida now. Warm weather, receding shorelines that is gonna put Miami underwater, and now enough ground erosion to dissolve the Florida Highway infrastructure that we depend upon since we drive everywhere. Here we were worried about Obama taking away our guns or whatever so we can’t defend our home. Well in a shocking turn of events, at any second, that gun is going to be useless as shit in protecting your domicile if the Earth’s old ass decides to have an anal fissure and take you in the middle of the night. Welcome to Florida. 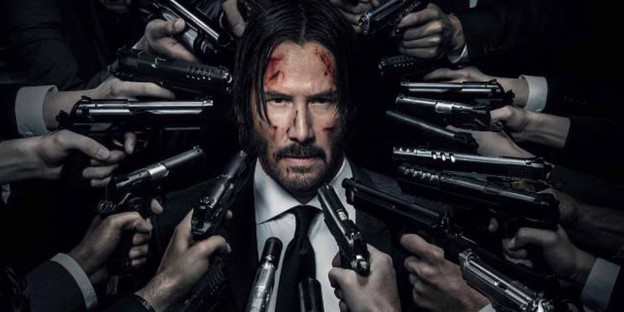 Welcome back, folks to another episode of Screen Rants with Ed Lee. Almost the big award show in the Oscars and I still have yet to watch a majority of the movies but thats okay because this past week I went to go see 50 Shades Darker cause I wanted to see what its like to be in a room full of chicks cumming their pants but to make sure i maintained my masculinity I went and saw John Wick: Chapter 2. John Wick, man. What a weird cult following it’s gotten. Shane Falco will always be my boy but I could’ve sworn his career died in the Matrix after freeing the world or whatever. Honestly before the Wick series the last thing I saw of his was Constantine which was good for what it was (i saw Street Kings but you can’t claim you saw it if you’re still actively trying to forget it). 11 year gap pretty much where I only acknowledged his roles as John Constantine, Shane Falco, Neo, Jack Traven or the G.O.A.T. Johnny Utah.

Every other character he’s played doesn’t matter. Then outta no where after an 11 year gap all i heard from people across all spectrum was John Wick. John Wick this, John Wick that. As far as I knew, it looked like a cheesy action thriller, and it kinda is, but still somehow good. It’s like our modern day version of Boondock Saints. If I were to tell you some Irish micks just decided one day they had to go on a killing spree because god told them to after they got drunk, I would tell you its probably a bit of a cheesy action movie, but yet we love it. In the end though the only thing different is Boondock Saints 2: All Saints Day was laughable garbage, where John Wick: Chapter 2 was awesome. Doesn’t bother having an overly complicated story line or plot twist. It just kind of lives in its hit-man universe where the rules are pretty straight forward and invites as much shooting and fighting as humanly possibly. Over all I give it a 7.7 tied with the first John Wick. The first one was a bit more compelling with a whole revenge story, but this second one had some elements of that, and maybe I haven’t seen the first one in a bit, but the action in this was awesome. Might be a bit better than the first one and also deserve props for taking a cult classic and transcending the equal into a mainstream action movie (R.I.P The Fast and the Furious’ legacy [except I totally watch the shit out of every ridiculous movie in that franchise]). 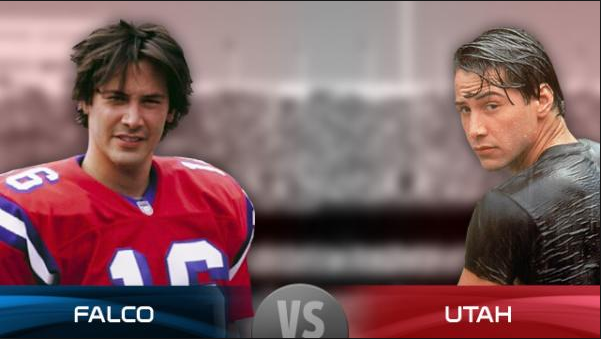 I just want to take a minute to talk about Keanu Reeves as the person we know him as. As one doesn’t really like to see the sausage get made, I almost don’t want to know the real Keanu Reeves. Don’t want to know what makes the guy tick. Every time I see him in interviews he’s kinda wacky and flamboyant and talks really loud with his hands if that makes sense. Don’t get me wrong, he’s a nice, charitable, humble guy who’s successful and has a number of roles that have defined the action movie zeitgeist (idk if i used that word correctly, if I did it kinda makes me a really good writer. low risk, high reward). I don’t know why I thought this based on two movies but I always thought growing up that Keanu Reeves was a huge Football Guy. Played an Ohio State QB twice. TWICE. In two separate movie universes. An All-American at Ohio State who made it to the Sugar Bowl and then WON the Rose Bowl and would’ve gone pro if he didn’t get his knee nuked in the 4th quarter. Such a shame. But if that wasn’t enough, there was a little nod in Speed where he figured out the bus had live recording because he realized Dennis Hopper can see that Annie’s wearing an Arizona Wildcat jacket. Really hurt my heart when I found out he’s some Canadian boy who has no idea about the game at all (sorry If i just told all of you out there that Santa isn’t real). A little bit of hope though, is that Keanu has laced up the skates before and played goalie.

If anything you know who Keanu Reeves kinda reminds me of? Like an older sci-fi action star version of Taylor Kitsch. This is solely based on the fact that they have roles where they definitely can pull off long hair and have played hockey but they both kind of have a similar builds. Not overly bulky, Canadian, hockey, movies and what not. Relatively quite celebrities and both have played football on screen. But enough about all that. This isn’t about Keanu Reeves or football. This is about John Wick. Which brings me to my next talking point….. 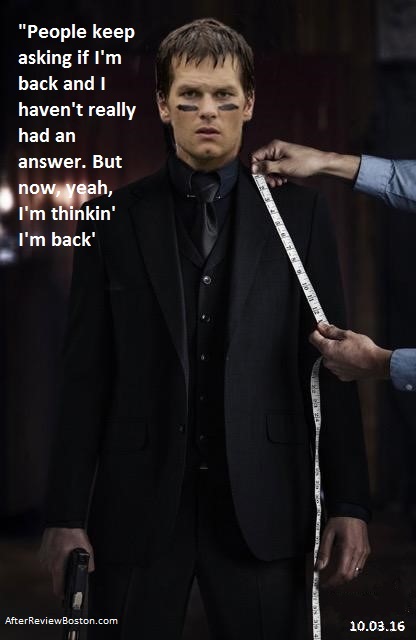 Coming to theaters soon after TB12’s fifth Super Bowl win in a historic overtime comeback, this has to be the first comparison that comes to mind. Its everything from the durability to take hit after hit and still perform at an elite level to the fact that he terrifies every major player in the game the way that Tom Brady is the Boogeyman to every single player/personnel in the AFC. Just for a second entertain the notion that the one week after Tom Brady had a horrible game agaisnt Kansas was like his retirement considering every ESPN analyst marked Tom as done. Well the next week was officially him/John Wick coming out of retirement and put on 2 killing sprees that shocks the entire world. Both men of focus, commitment, and sheer will. We saw Tom Brady kill 31 teams with a football. Both men that can dress sharply and look impeccable in a suit and can hit a target within a dime. Simply put, John Wick is Tom Brady. Some where in a quiet modern house tucked away in a remote suburban neighborhood is John Wick quietly eating kale and avocado ice cream with pink Himalayan sea salts and avoiding nightshades so he can be an elite assassin and take hit after hit well into his 50’s and is ready to lace and load em up ready for the next kill. Baba Yaga. The Boogeyman. JW12.