Getting better: Tracy Morgan showed he’s on the mend, when he was pictured walking without the aid of a cane for the first time since he was involved in a life-threatening car crash in June last year
Read more: http://www.dailymail.co.uk/tvshowbiz/article-3170195/Tracy-Morgan-pictured-walking-without-cane-time-year-horrific-crash-left-fighting-life.html#ixzz3gk8DmvmY
Follow us: @MailOnline on Twitter | DailyMail on Facebook

In case people forgot, Tracy Morgan was in a serious car accident last year. It took the life of his friends and shit. That sucks. Seems like he’s all doing fine now, not walking with a cane anymore and seems like he’s doing fine which is great even though im just not the biggest Tracy Morgan fan cause i just never watched things he was in. Anyways glad he’s doing better.

But when I saw the photo the first thing i asked my self is “Do black people still wear Du rags?” Tracy Morgan over here acting like its still early 2000’s 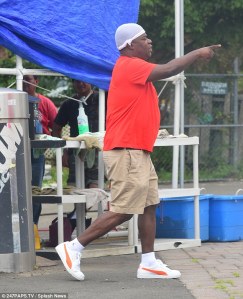 I mean when is the last time you saw someone wearing a du rag? Shit did not last past 2005 i think. And admit it, when that era rolled around, you wanted a du rag too. Dont shy away from your past my friends. Once Get Rich or Die Trying came around, that was the peak for du rag sales if i had to guess. 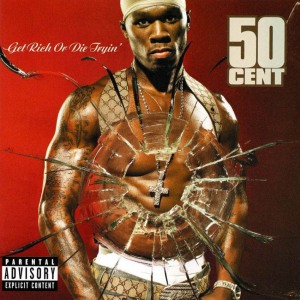 He doesn’t even know it but 50’s durag game influenced so many people. And once Eminem was wearing one, cultures blended. It was a bridge of racial attire that accepted any and all if you were cool enough to pull it off. 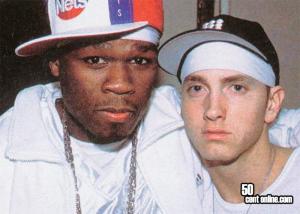 See shit would look silly on my head cause i have weird asian hair that would make it poke through the tiny holes. My buddy bought one from a black kid for liek 20 bucks and all he did was keep it in his pocket with the ties in the back hanging out so you knew it was a du rag. Those were the days, but then again that shit died in like 2005.  Man do i miss those days. Never knew what durags did but god do i miss them.

Sneaky of Steven Seagal to try to innovate it though. Guess he was an early adopter but in the end he was just not meant to be the face of white people wearing durags. 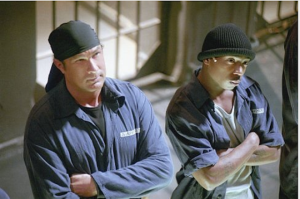 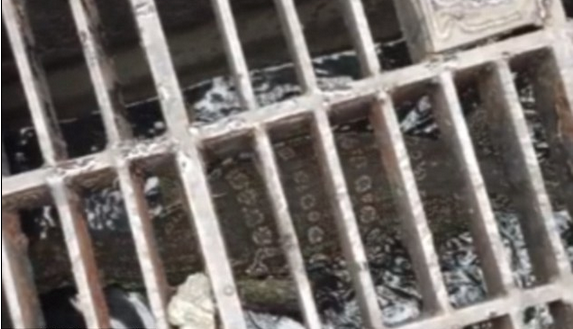 This was the terrifying sight faced by a tourist who dared to look through the grate on pavement in Bankok.
Below was a metre-long lizard which locals said roam through the sewers in packs eating the rats down there.
John Hernandez, who spotted the beast, told UPI: ‘I was outside of a temple in downtown Bangkok and people were screaming and pointing into the sewer.
Read more: http://www.dailymail.co.uk/news/article-3170051/Terrifying-tail-shocking-moment-tourist-spots-METRE-LONG-lizard-crawling-sewers-beneath-streets-Bangkok.html#ixzz3gk3WoIuy
Follow us: @MailOnline on Twitter | DailyMail on Facebook

Im not sure if everyone had this in high school growing up but im fairly certain every grade and high school has a reptile guy. I had one, kid even ended up being a some what decent friend minus his early 20’s where he experimented with drugs and let a women ruin his life. Anyways those kids that were reptile guys were gross. Dont befriend them. If anyone wants to get anything other than a dog, they shouldn’t be trusted. Ill allow maybe a hamster or something boring like a fish cause those are minimum risk animals. But reptiles? fucking ewwwwww. My friend would smuggle like snakes in his backpack and let it crawl all up and down his spine all day and would say he’s cute. Thats a psycho move. He would catch lizards by hand and liked when they did that gross shit where they fan their neck out. Shit makes me want to throw up and bite a cyanid capsule at the same damn time. The worst part about it is they ALL eventually want to get something like this gross sewer monster as a pet. They start off with a bearded dragon, then they mix it up and get some sort of exotic tree frog, then they get a poisoneus snake and then its a full blown obsession with a komodo dragon that will absolutely fuck a person up. Do Not Be Friends With A Reptile Person. Period. MIRAMAR, Fla. – Police say a shooting victim was apparently taken by a friend to a South Florida Wal-Mart instead of a hospital and left outside the store.
Miramar police spokeswoman Tania Rues says in an email that the victim was suffering from a gunshot wound when he was left outside the store Monday afternoon. He was later taken to a hospital for treatment and was listed in stable condition. Rues’ statement didn’t say who found the victim or who took him to the hospital.
Rues says that police are still trying to determine where the shooting happened but that it wasn’t the store or in the parking lot.
She says the victim hasn’t been cooperative with investigators.
The store remained open during the investigation.
No further details were immediately available

This kinda reminds me of this one time in my past. Completely different story but involved a shooting close to that area so buckle up. Its story time at The Ugly Orange for a minute. When i was like 15 I got my learners permit and had my moms car. Lexus LS400 form 1993, beautiful ride, moving on. One night i was like craving for McDonalds like i haven’t had anything since lunchtime at school. Drove out and got like 5 double cheese burgers and fries. The whole sha-bang. Anyways, get my food and drive home and then as i pull out of the shopping center i saw this car stopped pulled next to it and a guys leaning out of the door. I roll down the window and the guy starts saying he’s been shot. I roll up my window and drive away. If anyone who’s stopped on the road because he was shot on Sterling rd, right before Flamingo, im sorry bro. It was my learners permit and i didnt want my Dad to yell at me and i really wanted to go home and eat my McDonalds. On the real though, it didnt seem like the guy was shot. Not an ounce of blood in sight unless he like just shot himself and maybe shit was about to start leaking like broken bottle of ketchup. But on the real, i just wanted to go home and eat McDonalds, shit was a busy enough road. Someone who already had their dinner probably would stop by soon after.

Either way, do you really want to go to the hospital? You almost 100% put yourself in a situation where you’re shot probably. Miramar has nothing going on so you probably are Spanish and shot yourself because you were being a dumb person. Going to the hospital is gonna cost you an arm and a leg to pay off those medical fees and after seeing Boondock Saints, im almost sure i could stop the bleeding and shit with a house hold iron and walmart sells them on the cheap. So technically walmart was probably the cheapest option to fixing up that gunshot wound problem. Cant fully blame this guy for that move.

P.s- You dont become one of the most successful retail empires by closing the store every time a gun shot victim ends up on the door steps.

Well I immediately thought about sex stuff. Chicks that can do splits are usually sexy. On the real though, wish i had more black friends. Cause once that chick goes 7 10 split, the crowd was JUMPIN. Hey other crowd, quit being salty that your girl needs hip replacement surgery.