Orlando Sentinel– Fed up with student loan debt and a lack of prospects, one Florida State University alumna is selling her “never been used to get a job” diploma on eBay.
Stephanie Ritter listed the diploma for $50,000 and with it she offers to share the FSU college experience, meaning “everywhere you would have gone/eaten/partied in your four years.”
The tongue-in-cheek posting lists off a variety of Tallahassee pitstops Ritter could take the buyer: a tour of her favorite Publix locations, a show at the FSU School of Theatre, attendance at a football or basketball game, plus some more less wholesome experiences.
As if that weren’t enough, Ritter is also giving the buyer direct access to her personal memories via her college Facebook photos and permission to text her if the buyer needs real-time information about life at FSU.
Ritter graduated with a bachelor’s degree in theatre in 2011, since then she’s been consistently underemployed. Currently she’s living in Los Angeles working as a personal assistant.
She told Buzzfeed her degree “couldn’t mean less” so she figures by selling it she can pay off her $40,000 worth of student loans. Despite it all, she says she would still go to college if she had to do it again, she’d just choose a more queer friendly school in a city with opportunities for her to make money to support herself.
The listing has 27 days left but if the diploma doesn’t sell, Ritter told Buzzfeed she has a few back up plans: either become a “sugar daughter” or pay the minimum on her loans for the next 25 years.

GTFO here with that. Maybe if i were rich or something id give her $750 to buy her stories like Mr. Peterman brought Kramers but those stories involving Kramers pants and the Van Buren Boys were interesting and useful. I have no use recounting your stories of you getting fucked by college guys. So your stories are useless. Favorite Publix location? Are you serious? They’re all good. FSU Theater performance? I don’t think all the fancy Aristocrats are leaving broadway to seek the extraordinary performances from a collegiate school in Tallahassee. All you’re offering is useless and can be made up with one weekend in the fall just partying. GTFO here with 50,000 dollars for that package.

But most of all when are people going to understand getting a degree for something in the arts is just retarded. Being brain smart and thinking a degree proves you have the brain smarts about whatever you want to do just does nothing. She want to be some actress i assume because she had a degree in theater, well have talent. A degree doesn’t prove talent, it hardly proves any knowledge, just that you attended some form of academia. You gotta have connections and shit. Know the right people. Honestly all the famous actors i can think of, i don’t even think went to school for theater or acting or whatever. Just makes no sense to think you need a degree for that. So if you think this idea actually works, you’re dumb, but if you chose to fall back on your sugar baby idea, you might as well be a porn star and try to get famous that way. Use your theater experience and make decent coin just fucking dudes. 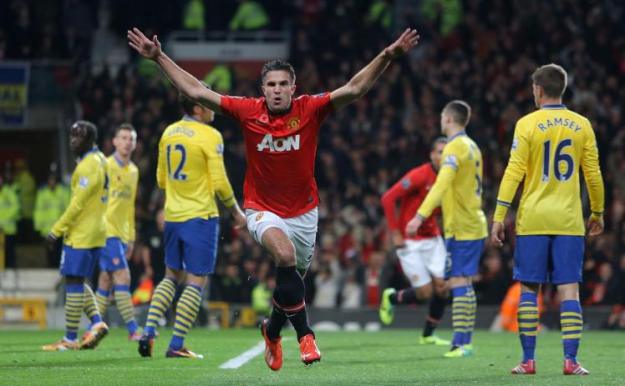 Metro- One cunning Manchester United fan has played a ruthless prank on an unsuspecting Arsenal supporter hoping to buy a DVD.
Loyal Gooner Sam bought an Arsenal season review DVD on eBay to watch back their 2009-2010 season, preparing himself to sit down and reminisce about the days when Robin van Persie, Cesc Fabregas, Thomas Vermaelen and Samir Nasri all wore the Arsenal shirt with pride.
But when he went to play the DVD he received a very, very shocking sickening discovery.

But the tale doesn’t end there kids.
After bearing the brunt of thousands of tweets laughing at poor Sam for just wanting to watch some Andrey Arshavin in his prime, the evil culprit surfaced:

Im not a soccer guy by any means. I mean we get the soccer culture a lot because South Florida is like a mini united nations for Spanish speaking countries and all those people watch. But i occasionally watch from time to time. That being said, i dont know the rivalries really. All i know is i had a Man U friend for a long time and then this little chick from Bermuda asked what soccer team i would follow and i said Man U and she told me “Fuck outta here with that” because she was an Arsenal fan. Well guess what, Arsenal fans? Man U, Robin Van Persie, and @obviously_jack just troll slapped you with their dick from that ebay purchase. O Jogo Bonito, Bitches.

Sidenote- Robin Van Persie is one of the only names i know and love. Dude’s a good lookin dude and puts balls in the net.  Aside Team USA its Team Netherlands for me.