BROWARD COUNTY, Fla. –
A woman claiming she had been mistreated in jail flashed a judge Thursday in a Broward courtroom.
Susan Marie Surrette, who had been arrested on a disorderly intoxication charge, wanted to show the judge her injuries.
Judge John Hurley was presiding over the case. The questions are typical, but the encounter was not.
“I work,” Surrette said.
“What do you do for work?” Hurley asked.
“I work as a hair dresser,” she said.
But that’s just one the things Surrette does. She then told the judge about her other job.
WATCH: Susan Marie Surrette’s full court appearance
“Kayla Kupcakes. I’m an escort, too,” Surrette said.
Surrette has a website to prove it. She calls herself Kayla Kupcakes and advertises that she’s a porn star, escort and private dancer with a knack for some fetishes.
Surrette then started complaining about police brutality and said she has the evidence to prove it.
“I’ve been beaten up by police. And also this too,” Surrette said, showing the judge her breasts.
“Oh, my Lord,” Hurley said.
After flashing the judge, Surrette told Hurley she has medical condition.
“She’s somebody that needs help,” Surrette’s attorney said. “She’s not going to get the help that she needs at the jail.”
The judge set Surrette’s bond at $100 and ordered that she under a medical evaluation.

I see the move Kayla Kupcake tried to pull here. “Oh yea judge you never heard of me? Well let me give you a run down of who i am. The names Susan Marie Surrette aka Kayla Kupcake. 5’7 Blonde Im a 44DD and this is what im known for….”

Smart move trying to throw the judge off his kilter. I mean she’s practically offering the judge a chance to fuck her right there to get out of this silly misunderstanding about her drunken arrest. Give the little schpeel about being a hairdresser so you seem like a normal part of society, Dangle the carrot in front of the rabbit by telling the judge you’re an escort too and you make films in your bed room. Take the shot by flashing your 44DD all over open court under oath. Hook line and sinker.  Love how she threw in she does fetish stuff too. Gotta cover all bases when you’re trying to fuck your way out of an arrest record. 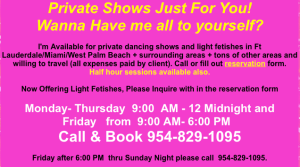