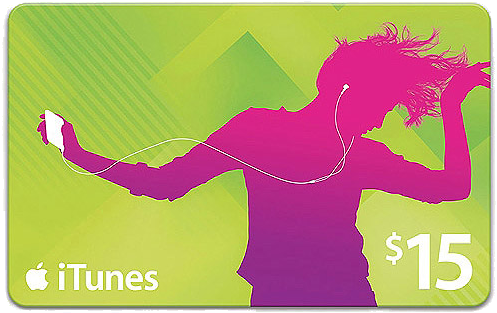 Portland Press Herald- Portland police cut short a phone scam on Wednesday, coming to the rescue of a woman who thought she was paying the IRS with thousands of dollars worth of iTunes gift cards, police said Thursday.
The police got an anonymous tip about the woman buying the cards, and found her in a Portland parking lot, talking on her phone and with a pile of gift cards on the passenger seat of her car.
She told the officers she was on the phone with the IRS, and they were demanding she pay them in iTunes gift cards, according to Portland police Lt. James Sweatt. She told the officers she had spent hours getting the money from banks and then purchasing the gift cards.
“They would not let her off the phone, repeatedly threatening her,” police said. The suspects hung up when the officers asked to speak with them on the phone.
Sweatt said the 24-year-old woman lost $8,700 to the scammers before the police intervened.
“It could have been far worse,” Sweatt said. “Thankfully there was someone in the community” who tipped off police.
He said the woman, whom police refused to identify because she is a victim, told officers the call frightened her and when she sent an iTunes code, the scammers would demand more.
Phone scams have become fairly common, Sweatt said, and there is little recourse for victims to get their funds back. In this case, the number the scammers called from was deactivated and likely was computer-generated.
“These victims have zero chance of ever recouping their money in these scams,” he said. “We’ve seen people – young, middle-aged, seniors – be victimized this way, either tricked with clever gimmicks or threatened or coerced into believing they are talking to legitimate sources.”

I’ve tried to live my life according to the rules I’ve learned from watching detective shows and one of their rules or codes of conduct is to never blame the victim. I’m trying hard to do that really but I just can’t. I mean I’m trying to imagine the conversation that played out and its just a dumbest thing ever.

“Hey this is Mr. IRS calling, we want to inform you that you have an outstanding tax bill in the tune of $8700 for no reason. Now you for this special tax thing though, you can’t pay at the tax collector, and you can’t pay in card over the phone, or a cashiers check. I’m going to need you to go down to Walmart and buy a million $10 dollar iTunes gift cards and gonna have to give me the code on the back one by one”

I mean that’s just sheer lunacy. This isn’t like a well crafted prank we’re talking about here where no ones the wiser. We’re talking about a lady with potential intelligence issues. You just can’t be an adult and think you can pay for government issued taxes with gift cards that are normally just office gifts. Not to mention $8700s worth. I just don’t understand how this happens. You can’t be responsible enough to have $8700 in liquid cash ready to spend at walmart and still some how fall victim to a tax/gift card scam. It’s just baffling.