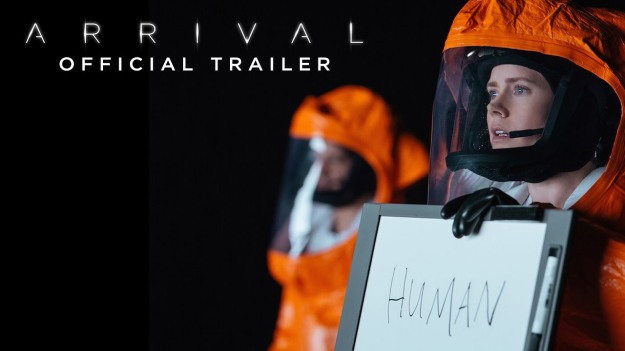 In a shocking turn of events, this movie kinda stinks to me. Its a classic scenario where the sum of the parts are greater than the sum of the whole even though some parts i didn’t even care for.  I hear some people saying its a perfect sci-fi movie and all this gibber jabber. You know what makes an awesome sci-fi movie? Fucking Aliens and Humans fighting to the death in space or some shit. You know what makes a lame Sci-fi movie? Aliens just sitting down wasting our time only for nothing to happen while basically sitting in french class. That was Arrival. Don’t get me wrong I had a little bit of a kick watching the movie. Sure it was cool watching how the fuck we would begin to even kind of speak to aliens that can’t communicate with us. Was there a level of suspense? Sure. But ultimately this is just the like a Biography on Amy Adams’ character and the biggest story to her is just the one time the world was in a frenzy because aliens came down to earth all intimidating as shit and somehow she brokered a peace treaty with nothing happening as if we’re suppose to be cool with these aliens. I’ll admit fully that I probably was in the wrong thinking it was going to be some crazy action summer blockbuster when it says Mystery/Drama/Sci-fi. But you can’t just have 12 alien ships touching down on Earth, Jeremy Renner, and a whole military vibe and expect me to think this is an alien rendition of the Treaty of Paris, and even that should involve coalition forces pressuring a midget alien into giving up power before hand. All together I give it a 9 alien spaceships out of 12 that landed on earth. Good film that’s a thought provoking and interesting but fails to give Jeremy Renner a gun or some sort of long distance weapon he could use to maim Heptapods while point a gun at one of the aliens and saying, in a southie accent, “See my face? You tell the aliens, all right. But just remember, I’ve seen yours too.”

Do We Buy Jeremy Renner As A Scientist?

Probably something most people let fly right by them but not me. Probably the most different role Renner has ever jumped into. Now I’m a Renner gun. Hurt Locker was awesome. The Town, awesome. Hawkeye, maybe not the coolest of the cast but the guy seriously can’t miss, that means a lot when a human has to take on aliens from space. But all of those guys play badasses with weapons, because whether Renner realizes it or not, the guy was born to hold range weapons in his hand. I don’t know what it is, maybe its the fact that you can always picture him in Oakley sunglasses and probably Axe hair styling products. Did he do a decent job playing this character in this movie, sure. But its to the point where he just suits the role of a gunner, not a scientist. Sure the movie dresses him up with glasses and half zip sweaters and enough dialogue to make him feel like a scientist. But the fact of the matter is Scientist are nerds and they don’t look like Jeremy Renner. They look like this. 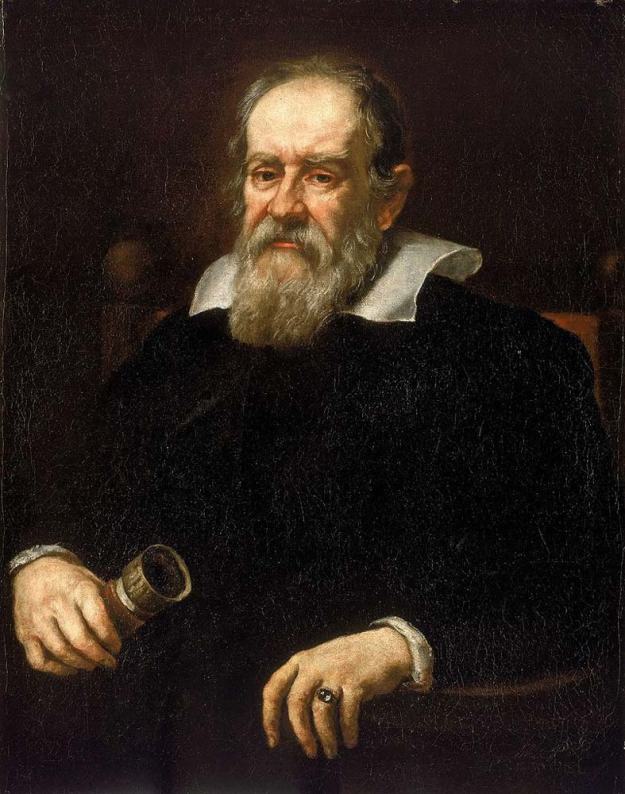 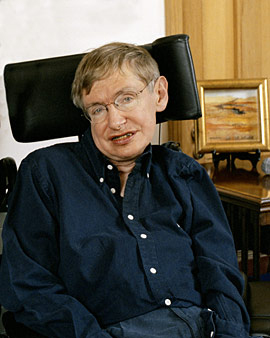 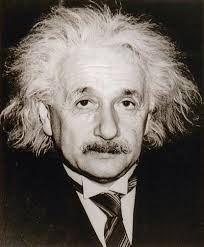 Close your eyes for a second and let me paint you a scene and you tell me when the image falls apart.

Man wakes up. He looks at his alarm clock, its 6:45 A.M. He gets out of bed and goes into the shower to get ready for the day. He exits shower and gets a good amount of Axe™pomade and styles his hair. As he leaves the house he picks up his sunglasses and keys. He departs his home on his motorcycle to his work. He arrives at his science laboratory and begins to do science and theoretical physicists work with numbers on a chalk board. He sciences to the point where he runs out of space on his chalk board and begins to write science math on the glass windows of his science laboratory. Struggling with a math equation that involves numbers, Greek symbols, and letters, he scratches his rugged but clean cut, pomade styled head of hair in confusion.

Things all sorta add up right? He wakes up early to do science stuff. He writes on chalk boards AND glass windows. The typical mark of a scientist. Just somethings not adding up and i bet your puzzled because this characterization is almost spot on but let me tell you where it all falls apart. Its the Hair styling products. I know. shocked. See a science nerd wakes up and sciences 24/7. He’s not concerned with having sex with a human girl, only to make a really big science discovery. So as you can see they would have no need to style their hair or look good. Jeremy Renner is a good looking dude. Sure he’s kinda short. But other than that the guy styles his hair and works out. 2 things that scientist definitely do not do. I’ll even go as far as to say on a day to day occasion JR might put on a leather cuff to let the ladies know he still plays guitar. Just things that book worms who went to MIT wouldn’t do. I don’t blame Renner for playing the role, I blame casting for getting a rock star bad ass to play a guy that reads books on black holes and shit.

QUOTE OF THE FILM

Such a bizarre line for the movie. Bold line.  A line that maybe Jeremy Renner could get away with. Not one that a science nerd could though however. You know who else could pull off a line like that? Black people. Those smooth motherfuckers just go up to the hottest girl in the club and say “damn girl, I want you to have my baby” and next thing you know her pants look like the target of a water balloon fight. I pull a line like that and I guarantee Id get a jab to the throat and thrown in jail.

This is a lot of writing, like 500 words all so i can cal him a NERDDDDDDD for being a book reader. NNNNNEEEERRRRRRRDDDDDDDD

Hey guy, maybe its time you grow up and have kids or something because there’s no reason what so ever to “cry like a baby” from a movie that was basically like watching 7th grade french class between Amy Adams and a pair of aliens.

Amy Adams is in fact getting to the point where i only associate her with Aliens.

Making Aliens build a roof and making them pay for it. You can disagree with all of Trumps other policies and his foreign relations he might have but if he pulled that off he’s be on the side of Mount Rushmore with George Washington and who ever else is on the side of that mountain.

Stressed out to the max. Was stressed watching the bird be stressed

Bro fuck outta here. Interstellar was fucking awesome. Guy acts as if traveling across the universe in space to rescue humanity is like taking I-75 to Orlando or something. Definitely trumps Arrival. 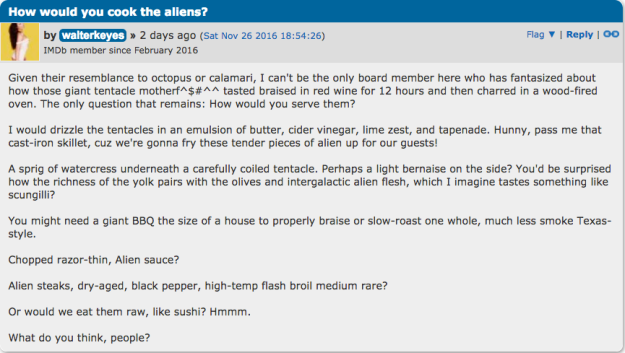 Breaded and fried with a dipping sauce. Not because i think that was is particularly better or “respects the ingredients” more as chefs say, but because anything deep fried in a heavy batter with a lot of dipping sauces makes almost anything tolerable. Can cook part of a boot and i probably wouldn’t mind if it had enough blue cheese or marinara.

I can never look away. Sidenote though, imagine if you found out his eye was normal this whole time and he just did that as an act. Like you watch him slowly walking around town and his left eye opens up slowly to normal like Keyzer Soze.

See, this person gets it.

Bet this guy called his friends and family about this theory.

I bet Ayyylmao would negotiate with terrorist. Bro they’re aliens that refuse to try to learn OUR language and are intimidating as shit. Not to mention no one really hurt the aliens at any point besides the bomb and even then they were fine. Fuck these aliens.

I assume razor323 means Robert Langdon in which case, Scoreboard. Guy solved 2 mysteries to Amy Adam’s goose egg. Sure he specializes in religious stuff, but u can’t not consider bringing him in to interview for the job.

This is the kind of nerd who went to Space camp or something, took back 1 fact that stuck with him forever and cam in joy writing out this technical quibble that no one cares about. Nerd.