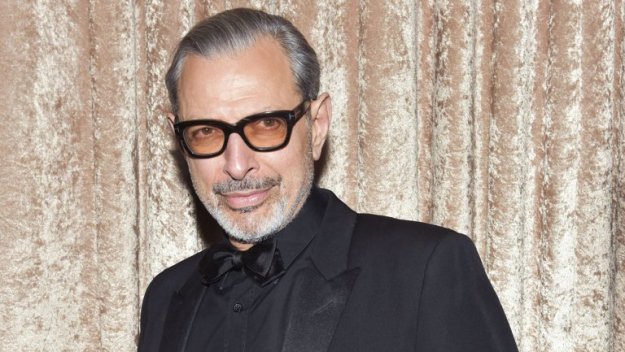 THR- Jeff Goldblum is returning to the land of dinosaurs.
The actor, who co-starred in 1993’s Jurassic Park and 1997’s The Lost World: Jurassic Park, will appear in Universal Pictures and Amblin Entertainment’s next Jurassic World film.

The man himself, #JeffGoldblum, is returning to #JurassicPark in the #JURASSICWORLD sequel! pic.twitter.com/5iTCp5bAte

Growing up as a 90’s kid you have to love the Jurassic Park series. Sure Jurassic World didn’t do much for me. It was so animated and was just one big ad inside of an ad inside of a movie. They really hit the name on the head back when the 1st one came out. Those dinosaurs looked real as fuck, and while i do like Chris Pratt and Bryce Dallas Howard, Jurassic World was a very soft movie to me. You know what really killed me about? Those fucking kids. They suuuuccckkkked. So annoying. One kid crying about his mommy parents divorce, the other one being just a weird loser asshole. Make sure those kids don’t come back. Bring back in Professor Malcom. Definitely bring back in BD Wong, the mad scientist who concocted all these dinosaur assholes and now we’re cooking with gas. Wouldn’t mind a small cameo or mention to Sam Neills character as well. I’m all in. Summer 2018 is gonna be one hell of a summer block buster.