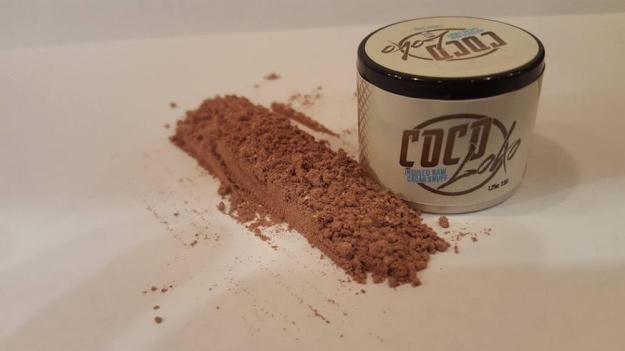 (NEWSER) – You can eat it and drink it, so why not inhale it? That’s the thinking behind Coco Loko, a new “snortable” chocolate powder billed as a legal way to get high, the Washington Post reports. The newfangled nose candy leaves snorters with a “euphoric” feeling “but also motivated to get things done,” per founder Nick Anderson. He likens the buzz, which lasts for 30 minutes to an hour, to that of an energy drink. The 29-year-old Anderson, who runs the company Legal Lean, says he got the idea for Coco Loko a few months ago after hearing about a “chocolate-snorting trend” in Europe. Jezebel reports the fad may go back to 2015, when a Belgian chocolate-maker hawked a device that shoots chocolate powder up your nose. “At first, I was like, ‘Is this a hoax?,'” Anderson tells the Post.
“And then I tried it and it was like, OK, this is the future right here.” So Anderson pumped in $10,000 of his own cash into creating his own “raw cacao snuff.” A 10-serving tin of Coco Loko costs $19.99 on the company website. The product is also spiked with ginkgo biloba, taurine, and guarana, all common ingredients in energy drinks. The powder is not FDA approved, and doctors seem perplexed by it. “No one’s studied what happens if you inhale chocolate into your nose,” one doc tells the Post. ABC10 notes that stuffing foreign substances up your schnoz could hurt mucous membranes, which keep bacteria and particles from entering the nose, among other issues. So does it work? Reviews on message boards are all over the place, with one saying, “All I felt was drowsy,” per the Post. (Nearly half of us aren’t sure where chocolate milk comes from.)

Minus wanting a crazy rush in the middle of a nightclub surrounded by chicks ready to snort the same stuff as you just did and an increased chance to have sex with said, one of those chicks, I can’t imagine snorting anything up my nose. Call me a pussy but i just feel like it would really fuck with my sinus. When I was a kid i remember we would pretend to be cool as shit and bust out pixie sticks into a coke line and one time my buddy snorted it up and said it burned, proceeded to sneeze a bunch with a bunch of mucus. We all had a great laugh but he said it was uncomfortable as shit and burned. So yea probably not gonna do that chocolate powder and for $19.99 none the less. I mean yea compared to cocaine it certainly has it beat in cost but if you’re telling me all I need to party like the Stone’s in their heyday is cocoa powder then I’ll stroll into Walmart on the way to the club and get a can of Nesquik for like 8 bucks and a Redbull. Boom. That’s all this shit is. So if you want to pretend to be about that life go ahead and rip open a tin of cocoa powder and sniff it in between trading stocks working a high stress finance job then go for it.