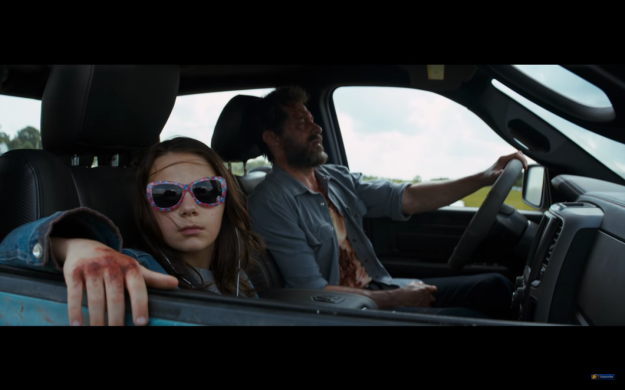 We’re finally here. 17 years after the launch of the first big screen X Men adaptation. Hugh Jackman basically becoming the real life character of a majority of men’s favorite comic book hero ever, Wolverine. I honestly don’t know a thing about Hugh Jackman. Guy’s been in dozens of movies but let’s just face the facts, he is Logan at this point. No character in real life calls for him to be that ripped or have facial hair like he took Russian steroids. It’s gonna be a sad day when we see the next incarnation of Wolverine but finally they put out the violent, metal clawed mother fucker we’ve been wanting to see to finally put Hugh Jackman to rest.

All of that being said, its no doubt that Logan is pretty high scoring. Also side note, I went back to look at the rating i gave Captain America: Civil War. 8.9. That was a bit of an oversight by me. Like rating sex after I just Jizzed all over the place, that was a premature score on my part. I fucked up. Sorry I tried to give the freshest score literally an hour after i saw the movie. Well I just saw Logan and mulled it over in my sleep and I give Logan an 8.6. Civil war was 8.3 probably. Infinity War better be a damn 9 or 10. But that’s not what this is about. This is about Logan. A solid 8.6. It’s awesome. So awesome. Minus the history of the comic books and the metal claws, its just an emotional western almost that blows you away with so much action and emotion. Might not be the same if you haven’t seen any X men movie ever but having seen every single movie since the first movie came out, its just a great feeling finally getting a movie that isn’t for PG crowds or for money necessarily, it’s just to honor the character bad ass that is Wolverine.

I’ve discussed among my friends about Marvel and it’s Disney presence over the films, vs Deadpool how i think its over rated and how I think its dumb that these types of movies have to be “dark”. Listen the Marvel movies do fine and bring in bazillions. If you’re gonna spend millions of dollars on a fight scene why not have it fully lit and colorful and shit instead of the characters always fighting at night time. If your character needs to curse to convey a story, it more times than not, is probably not a good story. Logan on the other hand, all the stuff that made it an R enhanced the film. It really helped drive in the emotions. Everything from the amount of anger used in cutting peoples face off to screaming fucks into the heavens. Blood, its not even like you see everyone sprayed in red like they came out of of the 74 Bates High School Prom. Normally I dont think these kind of things add much to a film, but in Logan it definitely does. 8.6.

Listen I’ve thought about it numerous times and there’s just no easy way to say this, but as it stands right now, I want my two best friends to be pre-teen girls that happen to have abilities that turns them into killing machines/ extremely powerful telepath. If you had to split between the two I don’t know which one I would pick. 11 has the advantage of being able to do cool shit like make things levitate with her brain. Plus she’s kinda the O.G. preteen bad ass girl with special abilities. Laura on the other hand is just pure carnage bad ass. Hunting down people and decapitating fools like they’re butter is just awesome. So maybe her? And she speaks Spanish so it would probably be a pretty easy time navigating through Latin American countries. Especially since I probably wouldn’t worry about crime since she can get speared with a harpoon gun and all that will do is lead to people’s decapitation. Normally I’m team Eleven Gang, but the slight draw back is that she kinda might open up a portal to the upside down and get demogorgons running amuck and in the chance that can happen, I feel like X23 can still stab the shit out of one to kill it. Not to mention being a telepathic person can lead to some serious head trauma and clearly we’ve seen the damage THAT can do. **wink wink** (<-this is a slight tease/spoiler for what happens in the movie) 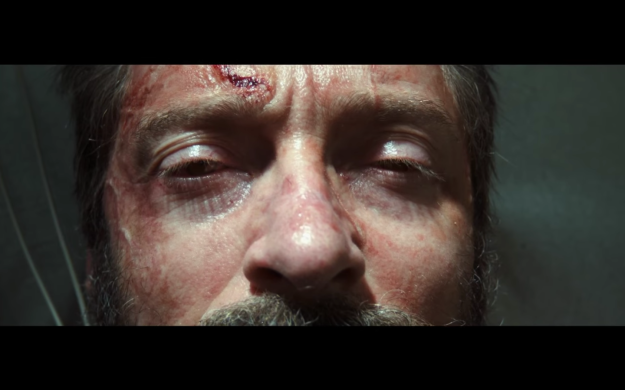 Yo Logan looks so tired in this movie. Towards the end of Peyton Manning’s career there were stories coming out about him after games taking an hour just to peel his pads off his dead corpse shoulders and feeling every bone and joint in his body ache when he had to take off his cleats. Now if that hurts imagine jumping in Logan’s boots taking a BILLION HITS, getting shot a tremendous amount of times and going as far as being fully impaled a couple hundred times over the course of a life time that is around 200 years old. Absurd. Now i said it last time with John Wick and I’m gonna say it again for Logan. Dude should see Tom Brady’s dietician/ nutritionist. Not saying he should take every Brady product because simply put, that diet is designed for QBs who stay int he pocket and throw. Not a wolverine type QB would would take the snap and run with it while killing everyone on the field with a trio off knives backed by a punch that can generate enough strength to move a car. Who knows, maybe it won’t help for mutants, but Tom Brady has 5 rings while Logan has 0. Maybe a little meal prep would keep the guy from falling down after he sprints 5 yards out of gas and he could preserve his talent which is killing the shit out of everyone.

Like this theory that floated around a bit. Concussion symptoms on a whole new level. One second Logan’s having freaky conversations with himself like Professor X is Pepe Silvia and later on down the line we’re gonna see Julian Edelman speaking to thin air thinking Brady is giving him notes on how to run the route.

Other Quick Notes about Logan

How fucking insane must you be to take this job. We’re not talking like your local law enforement agency or like Blackwater military security groups. We’re talking about having to remove your limbs in place for prosthetic because there is almost a 99% certainty that your arms or limbs will be maimed.You see the part where the ice girl froze the dude’s arm and shattered it? That was crazy.

What’s stopping them from catching their ass in Canada? Like they busted into Mexico all willy nilly. I mean I know they were experimenting near Mexico, probably in Mexico, which is probably why all the children were Mexican. But still, them having to cross over into a power house country like America is the hard part and the Reavers were in Reno like it was a planned bachelor party. You think Canada and it’s Mounty cops are going to put up a tough assignment blocking them from coming in? Fuck no.  Also, not to slight other countries but the mexican cops stunk at shooting. Absolutely terrible.