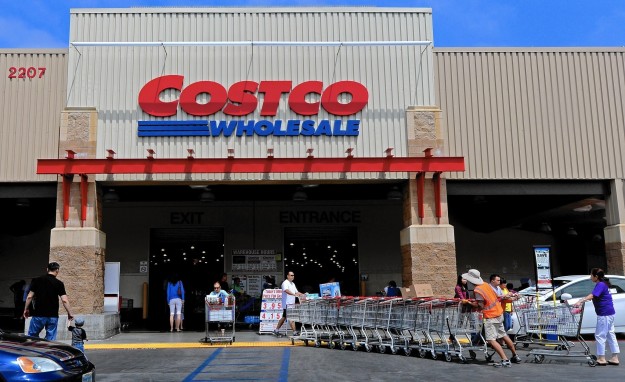 ABC10- A regular day at the Costco in Modesto quickly turned into one of panic and chaos, when a 61-year-old man started pacing up and down the aisles with a large knife.
“There were kids and families. Costco did a really good job rushing everybody outside,” said George Kunkel, a demo vendor at the wholesale club. “It was intense. He’s roaming around. What is he going to do?”
The man was caught on camera roaming around the clothes section. Witnesses say he started charging at people, Costco employees specifically.
“He didn’t proceed to do jabbing until people were out of his way and nothing but employees in front of him,” said Seth Watson, who works at Costco and witnessed the whole thing.
Watson also said he saw employees trying to defend themselves with chairs and other objects. That’s when someone stepped in. An off-duty officer with the California Department of Corrections just happened to be one of the hundreds of people in the Costco at the time.
“I didn’t even know that was an armed officer,” Watson said. “Glad he was there.”
Kunkel said the officer told the man to put the knife down, but he refused.
“Finally [the man] kind of charges at him,” Kunkel said. “That’s when the officer takes a shot to his stomach. One shot and he went down.”
After the shooting, Costco closed down for the rest of the day. Modesto Police spent several hours gathering evidence.
The officer was not injured. The man is in the hospital in critical but stable condition.
The investigation will be treated as an officer-involved shooting. Many people are just thankful that an officer was in the right place at the right time.

Look, guns are a super hot button issue that I don’t want to press here. There are pro’s and con’s and people that have their foot firmly planted on one side will never hear the other. All I will say is the gun won that one. It’s one of those things where theory meets practice. I don’t even think I would have the balls to shoot the guy just cause I don’t like getting involved in stuff, if I can run and every ones safe, so be it. But that guy was inching closer and closer to shiving some dude and the C.O. wasn’t having that. Had to pull the trigger. And I don’t really want to hear about people saying he’s mentally unstable and needs mental help and didn’t need to be shot. Uhhhh yea, we know. He’s a guy running around a Modesto Costco with a hunting knife, of course he’s unstable. But we’re not gonna wait for cops to arrive so they can taze him while he swings his knife around at people. Guy lived from a gun shot to the gut, he’s hospitalized, he can get help there on afterwards.