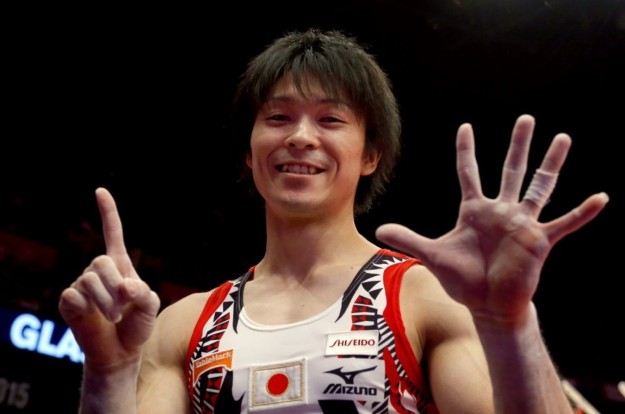 Washington Post– Japanese gymnastics great Kohei Uchimura learned the hard way that it will cost him to make like Ash Ketchum during the Olympic Games in Rio de Janeiro.
Uchimura, the six-time world champion, ran up a 500,000-yen ($4,900) cellphone bill playing Pokemon Go thanks to international roaming charges he incurred because the game isn’t completely supported yet in Rio.
Uchimura told the Kyodo News that he had downloaded the app when he arrived in Sao Paulo for a pre-Olympic training camp and, like all humans, he was instantly addicted as well as unaware that he had no flat rate for overseas data usage. Pokemon Doh!
“He looked dead at the team meal that day,” his teammate, Kenzo Shirai, said (via the Kyodo News).
Luckily, the reigning gold medalist in the all-around competition was able to get his Japanese provider to reduce the bill to a daily $30 flat rate.
“I really lucked out,” he said.
Uchimura is the favorite to win all-around gold in Rio, after taking silver in Beijing and gold in London. Now if he can just catch those Pikachu.

I feel like this alone should be like a Japanese requirement right now. Like the government should front the bill for Kohei Uchimura here. I mean this is like the duel threat quintessential Japanese here representing at the 2016 Rio Olympics. All he does is gymnastics and catching Pokemon. Everyone is all uptight about Zika, sewage, hotels that make penitentiaries look like 3 star accommodations. That doesn’t stop the competitive Japanese spirit in Kohei. Just running around on balance beams and trying to find Mewtwo. All the other competitors probably getting a little nervous about how unfazed he is going about lobbing pokeballs at pidgeys and rattatas while racking up roaming data charges out the ass knowing fully well his child might end up with a mutated skull from a mosquito bite. Can’t really fault him on that and really the government shouldn’t even bill him that. That’s just being a representative of the Japanese culture.