Source- Citizens in the state of Baja California Sur claim an image of the devil is clearly visible in the photograph of the meat (below) which local news website El Metichon posted to Facebook on Wednesday
“We’ve received this image where the devil appears in a rib steak from SuKarne. What do you think?” the outlet wrote. The photograph is now going viral.
It’s not known whether the beef, believed to have come from the country’s largest meat processor SuKarne, has now been eaten. 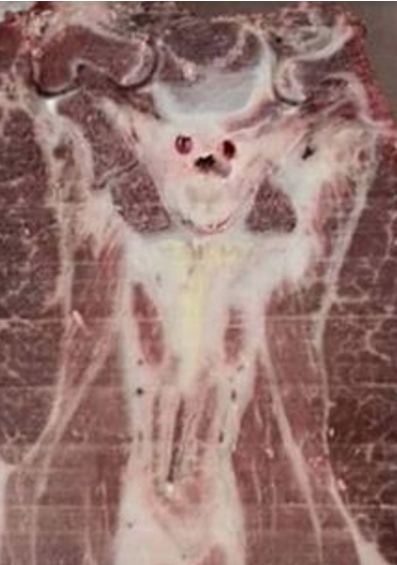 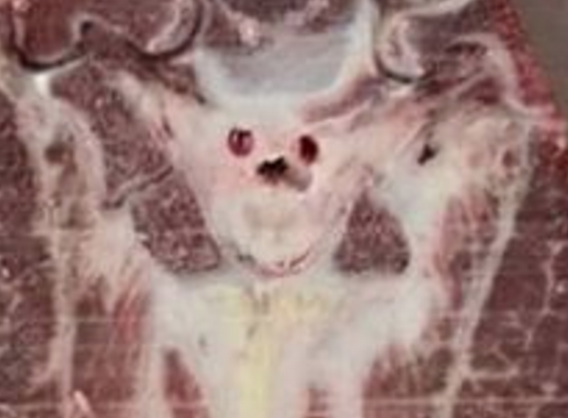 Thats the devil. I mean plainly put, there’s no other way to cut it, but that is an evil entity in your steak. Must kinda suck.  You want to end the work week on a high note so you break out the dry aged rib eye and start the bottle of red wine decanting and next thing you know an apparition of the fallen one appears in the marbling of your steak. I mean you still eat it though right? I don’t think you need John Constantine to put on an apron and sear the living shit out of the cut of meat to make it eatable right? Give it 3 hail mary’s, bless propane tank and grill and throw that bitch right where it came from, straight into the fire. I’m pretty sure demons cook out around 135 degrees Fahrenheit so that leaves you with a nice medium rare, might not hurt to take it to medium just in case.