DailyMail- North Korean leader Kim Jong-Un’s ‘closest comrade’ has become the latest top official to die in a crash in a country where there are ‘almost no cars on the road’.
Kim Yang-Gon, 73, who was in charge of ties with South Korea and a secretary of the ruling Workers’ Party, died in a crash, state news agency Korean Central News Agency (KCNA) reported.
Impoverished North Korea’s road network is badly maintained and car ownership is rare, yet several high-level officials have died in traffic accidents over the years.
In June 2010, KCNA reported that Ri Je Gang, 80, first vice department director of the Workers’ Party’s Central Committee, died in a traffic accident.
Ri reportedly bickered with Jang Song Thaek, a powerful uncle of Kim Jong-Un, who was eventually executed by his nephew for alleged treason in 2013.
In December 2009, the news agency said Ri Chol Bong, 78, chief secretary of the Workers’ Party’s Kangwon provincial committee, died in a traffic accident.
Jang, the executed uncle of Kim, survived a car accident in September 2009, according to South Korean media reports.
Foreign analysts believe Jang was also purged and sent to a labour camp for two years in the mid-2000s in what was seen as a move by Kim Jong-il, the late father of Kim Jong Un, to clip his wings.
In October 2003, KCNA reported that Kim Yong Sun, a senior North Korean official involved in reconciliation efforts with South Korea, died of injuries sustained in a traffic accident four months earlier.
Kim Yong Sun was a close aide to then-leader Kim Jong-il. But Kim Jong-il’s military, which traditionally favours a hard-line stance on South Korea, had reportedly tried to hold him in check. 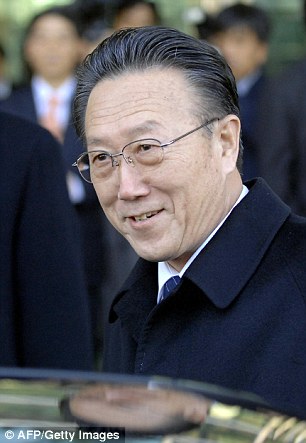 Ruthless move by Kim Jong Un here. Blatantly lying in the peoples face. Oh yea my closest confidant that fucked up? He died in a tragic car accident even though it was in a remote area with no traffic what so ever in a country of people who are too poor to even afford cars but yes that is how he died. It seems that within the wreckage the car was traveling at such high speeds that he was somehow push to his knees on the ground and had a bullet put in his brain executioner style in, again, said wreckage. Oh and if you find your self doubting the word of the supreme leader you might even find your self in a fatal car accident somehow with a noose around your neck. Actually fuck that, having the honor of having your death being covered up in a blatant lie is a death reserved for his close buddies, he’ll probably just shoot you in the face for fun.