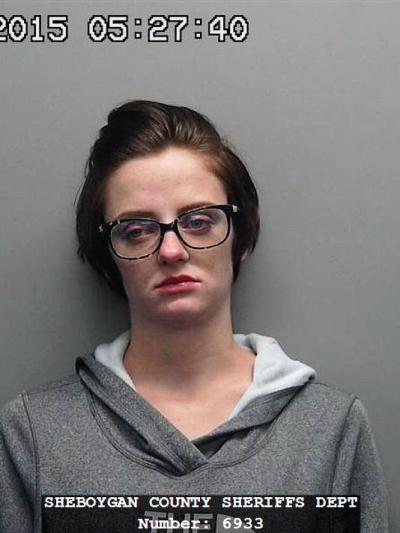 NYDN- A Wisconsin woman has been charged after she reportedly crushed up dog food and sold it as heroin.
Megan Meyer, 22, allegedly sold the substance, as well as an aspirin she claimed was painkiller Percocet, to a police informant last month.
A criminal complaint indicated Meyer met with a police informant on Nov. 18 and handed over the suspicious substances, Fox 6 News reported.
In turn, the informant gave police a Ziploc bag that included “a folded-up piece of aluminum foil and a yellow round pill with no visible markings.”
Tests of the substances turned up negative results, according to court documents.
When police asked Meyer if she ever sold drugs, she answered that she had “sold some fake stuff” to a man in November.
She told officers she was mad at the man because he had stolen a car seat from her, reported WESH.com.
Charges have been filed against Meyer for selling imitation controlled substances as well as bail jumping.
The bail jumping charges were the result of a deferred conviction agreement on two forgery charges approved in October.
Meyer could face more than 15 years in prison if convicted of the charges.

I feel like such a god damn square right now for not knowing what heroin looked like off the bat. When i read the headline at first i thought this chick opened a can of Alpo dog food and assumed that’s what heroin looked like. I don’t know i figured they could just main line the gravy sauce into them and the druggie wouldn’t be any the wiser. Guess I was wrong.

But that’s not the main point. The thing i want to bring up here is that its kinda bullshit that you can go serve up to 15 years for fake drugs right? I mean yea she might’ve called it heroin but all she was selling was dog food. Pet Supermarket moves dog food by the tons and yet Megan Myers over here can get 15 years possibly for it? kinda messed up right? If the guy chooses to treat it like heroin and injects it in between his knuckles then thats his own problem. Caveat Emptor. Let the buyer beware that its not actually heroin and is only just crushed up kibbles and bits. Are we really gonna let a druggy win in court over basic rules of commerce? Fuck that. Let Megan go and for christ sakes someone get back her stolen car seat from the guy.