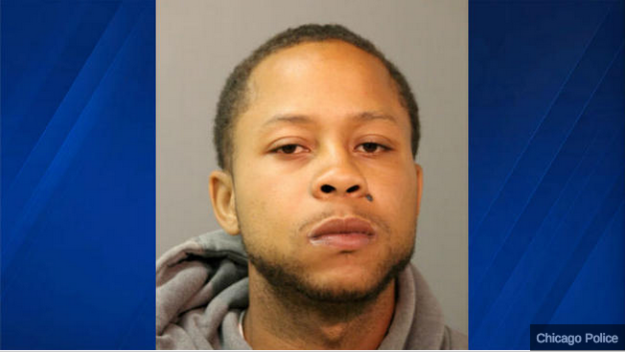 A Chicago man who was arrested Monday is accused of chewing through a squad car seat belt because he didn’t want to miss his son’s birthday, police said.
Lashon Stuckey, 33, was arrested just before 2 p.m. Monday and charged with two counts of possession of a controlled substance and one count of criminal damage to property, according to Chicago Police News Affairs.
Police alleged Stuckey was seen conducting a suspected narcotics transaction and was arrested in the 200 block of South Western Avenue. He was found in possession of several bags of heroin.
While in a squad car, Stuckey chewed his way through the seat belt, according to the arrest report. Stuckey then told officers it was his son’s birthday and he didn’t want to miss it.

10 years from now this kid is gonna grow up probably being pissed off that his dad was never around. Always in and out of the criminal system and was never there to see him grow. Well Guess what, kid? You might not have the best father in the world but he always tried to be there for you. Its not that he didn’t want to make it to your birthday party, Its that he was in handcuffs for selling heroin and then had the immediate physical barrier of being strapped in a cop car. Your father loved you so much he chewed his way through a seatbelt to attend your birthday extravaganza. Not a lot of fathers would do that for their son. Just ate a seatbelt and told the offers he got plans and bailed. Gotta love his dedication to his family.