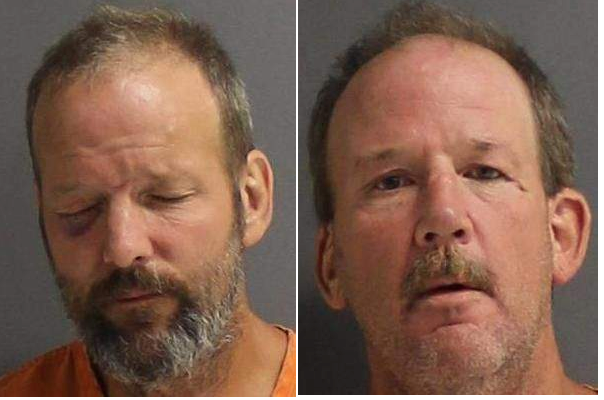 Source- Twin 52-year-old brothers are facing the same charge after throwing bricks at each other during an argument, Orange City police said.
Michael and James Remelius were arguing with each other in the front yard of a home in the 600 block of Howard Avenue about 8:45 p.m. Tuesday when Michael picked up a brick and threatened to throw it at his brother, according to a police report. James then picked up a brick in a threatening manner.
Michael threw his brick and hit his brother in the leg, causing a small cut, according to the report. James then threw his brick and struck Michael in the right eye, causing bleeding and swelling.
The brothers were both charged with aggravated battery with a deadly weapon and taken to Volusia County Branch Jail, where James was being held Wednesday on $25,000 bail, records show. Michael’s bail is set at $20,000.

Florida man. I gotta get out of here. Florida is a place you go to die i think. Its like in Interstellar when Michael Caine saying we weren’t meant to die on earth, we were meant to leave it. Well i think the same of Florida for me. I grew up here and im use to it and my neck of the woods are pretty normal. But rest assure, if i stay here for another 20 years, im gonna murder someone. I mean these two threw bricks at each other and they’re brothers. Twins none the less. If one gets hurt, so does the other. But its florida and the heats gotten to their brains. Hope these two resolved things with bricks cause if theres anymore arguing going on, one if not both of them will have killed each other by the next family reunion.

Sidenote- I hate twins. Only met one twin im cool with in my life but even he’s a bit whacky, but over all, twins and i dont mix. But thats another story for another day.