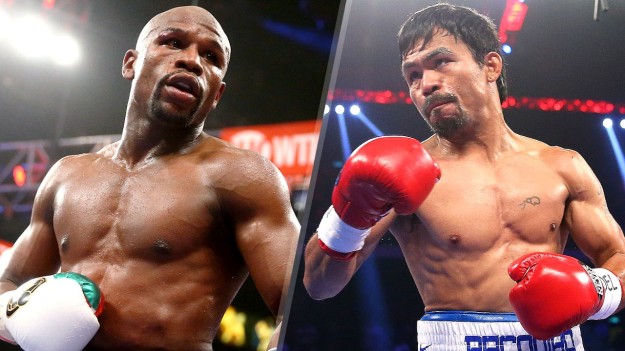 USATODAY- Mayweather vs. Pacquiao: the uber-bout that wasn’t. The so-called fight of the century was pay-per-snooze, a complete waste of everyone’s time and money — except in a boxing community now rolling in obscene amounts of cash, surely in disbelief they fooled us rubes again.

Now this might not be a popular opinion but I think anyone who’s blaming Mayweather is crazy. If anything I would be pissed at Pacquaio if i actually paid for the fight. You know Mayweather Is gonna play the same defensive game as he always played and if you thought he was gonna change his style in his second to last fight with one of the most hyped matches in history, your crazy.

Mayweather did exactly what everyone should’ve thought he’d do. Pacquaio was playing with house money, nothing to lose, and is one of the fastest punchers in boxing. Freddie Roach has seen him fight live, have specifically been training to fight Mayweather and still couldn’t get it done. Yea Pacquaio might’ve taken more hits but for a fight like this, you gotta get mad dog mean. Have to take Mayweather out of his comfort zone and Pacman just didn’t do it.