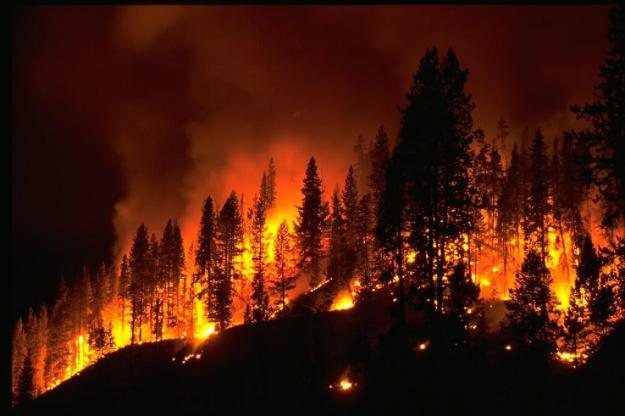 DailyMail– Cats are being used as ‘arsonists’ by the mafia who set them alight to start huge forest fires, claims a park manager death-marked by the mob.
President Giuseppe Antoci of Nebrodi, Sicily’s largest national park, spoke as firefighters extinguished hundreds of fires which broke out simultaneously across the island last week.
Mr Antoci, 48, who survived an assassination attempt by the mafia in May, claimed the crime group ‘use the animals as arsonists’, and the cats burn all the bushes that they touch, reports Corriere Della Sera.
The park director added that five hundred forest fires do not spontaneously combust all at once.
He said: ‘One of the mob’s arson techniques is to tie a petrol-soaked rag to the tail of a cat and set fire to it. As its tail burns, the cat flees in terror into the undergrowth in the woods, setting fire to everything it touches.
‘That makes it harder for investigators to figure out where the fire was started and since the cat is eventually incinerated, they never find what caused the fire,’ reports The Times.
Last week the fires ravaged the island and nearly 6,000 hectares of land went up in smoke.
Schools had to be evacuated after a hot sirocco wind blew in from Africa, before forest fires started simultaneously breaking out across the island.

Ha! And you guys scoffed at my idea of using Sea Turtles as drug mules. Animals make for the perfect criminals. Talk a walk though Miami Metro Zoo or Parrot Jungle and you might as well be walking through Attica Correctional with the amount of potential criminals to carry out a ploy. Now this tactic, in practice, is a great idea. Simple find a cat wandering the streets and lure it to you with a little can of fancy feast and turn it into a roaming molotov cocktail because cats naturally hate humans unless they feel like being attention whores and fire burns things. Boom. In principle though, not sure if I’m down with this idea. I mean don’t get me wrong, it makes a statement. But somethings don’t connect. Like “You owe me protection money so im going to set this forest ablaze.” If anything I guess it’ll annoy the park ranger a lot when you have a lazy gig like guarding a park and then someone burns it to ashes, but that’s more for firefighters to deal with. Maybe if they just sent the guy a burnt cat wrapped in brown wrapping paper that said “GIVE ME THE PROTECTION MONEY OR IM GOING TO BURN YOU ALIVE” first to send a message before resorting to Arson on the entire region of Sicily. Not in those words of course, maybe something a little more subtle, but you get the point.