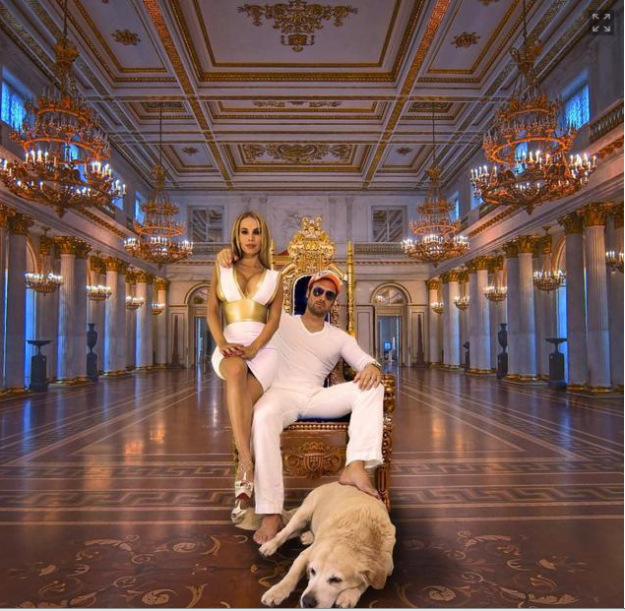 NYDN– Keeping up with the Jones in one ritzy Los Angeles neighborhood may require a lion, Ferrari and endless, bikini-clad babes.
A so-called “party house” in the opulent Hollywood Hills is drawing heat over the latest renters’ larger than life ways.
Upset neighbors, speaking to local news stations, said their area is known for vivacious parties, which have led to years of complaints.
But latest renter Bastion Yotta, who offers an unconventional kind of life counseling inside the 10-bedroom mansion, says it’s the previous owners who are giving him a bad rap.
“They’re thinking that this is the new Playboy mansion,” Yotta told the Daily News of his current home which features a glitzy photo of him and his stunning wife Maria stretched across their garage door.
“Before we moved in it was a party house. The owner rented it out for one weekend or two weekends at a time,” he said. Consequently, those people “don’t care about the neighborhood.”
Back in June, Yotta admits that he threw a 350-guest, red carpet housewarming party which featured a caged lion and live music.
But he said he provided a shuttle service to limit guests from clogging up the narrow streets and the pool parties he’s since thrown have had around 50 guests.
“Maybe the neighbors are seeing beautiful girls walking in, walking out; maybe some of them get jealous,” he suggested of his critics who he urged to “ring my bell” if they have a problem.
“Always, communication between human beings is the best solution,” he said. “If you have a problem, tell me.”
Because ultimately, Yotta has no plans to stop.
On his Instagram and Facebook page, the self-help guru with six-pack abs regularly posts eye-opening shots of scantily clad women, sports cars, piles of cash, and snaps with celebrities including Arnold Schwarzenegger.
Yotta said that he lives with a positive outlook every day and hopes his flashy photos will draw people toward living like him.
“If you see my Instagram, it’s not about boobs and ass or tits and ass,” he said. “I recommend books. I try to use beautiful girls as a Trojan horse.”
For the last five years the former CEO and business owner said he’s taken in gorgeous, female clients in need of help for two to four weeks at a time while coaching them for free.
He said it started out with some of his wife’s female friends needing help. After he found success and pleasure in helping them, eventually he branched out and offered to help others. He’s now considering reality show offers.
Why only beautiful women is a decision made by Yotta and his wife.
He said that not only do they both feel more comfortable about filling the home overnight with women, opposed to men, but sometimes it’s the beautiful women who have it the hardest.
“People think ‘oh she’s beautiful, everything’s easy.’ She’s afraid of the future, just like anybody else,” he said.
He pointed out one former resident, a high-profile model he declined to identify, who described her time with Yotta as life-saving.
“She said to me, if I wasn’t in your mansion I would totally think of suicide,” he said of the woman. “People don’t see the person behind. I helped her become independent of other people.”
“It’s not important what other people think of you. It’s important how you think about yourself,” he said.
As far as what Yotta’s landlord, Patrick Fitzgerald, thinks about the couple’s flashy lifestyle, he’s all in — as long as they pay their rent.
“You’ve got to let people that are renting a big, beautiful mansion and are paying a lot do whatever they want,” he told KTLA. 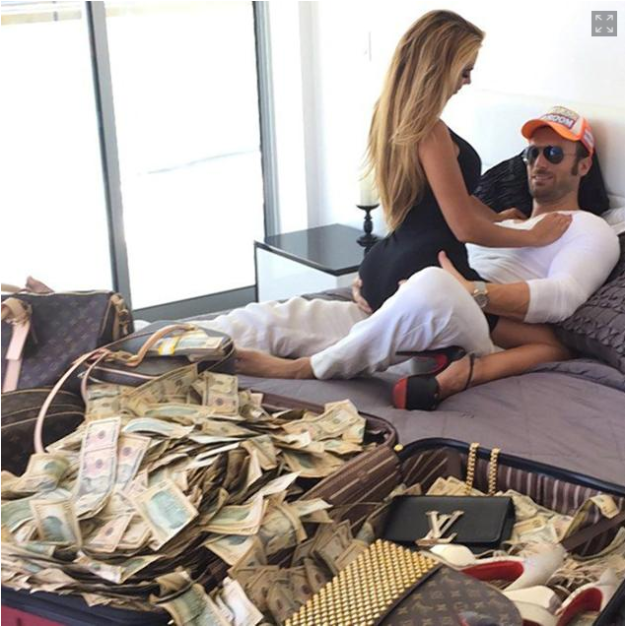 My god! This guys like a rich European Jesus or something! Total euro vibe from this dude. When i watched the video he reminded me of the European dude from Super Troopers. Just being a sexual deviant and driving luxury sports car. The only thing better about this dude is he’s giving life advice also. I mean did you hear his testimony given by himself? He stopped a hot chick from committing suicide. I know 2015 has tons of women to offer but every hot girl is a precious commodity and he saved it! Don’t be salty about him having a luxury pad and a harem of women parading around his house, guys a savior. Just waltz in seeking help and he’ll help ya get that little push to become what he is. You can’t tell me there’s no part of this that someone wants, even if you’re in a loving committed marriage. You know you want to live a rich life, you know you want 6 pack abs, you know your wife wants you to have 6 pack abs. Maybe take it upon your self to listen to his life message before you start issuing neighborhood complaints. Maybe you also can become a crusader to help beautiful women who have trouble dealing with their hardships. Thats just the Yotta Life

The one down side i will say tho, having a bunch of 10 dollar bills? NOT BALLER. Its still more than i have in my back account but flaunting around 1/10th of the largest piece of currency doesn’t allude wealth. (Sudden idea- Gotta start having rappers making it rain personal checks all with over the 100 dollar bill amount. maybe even just have it “One Hundred Dollars and 01/100″….Ballin!”)