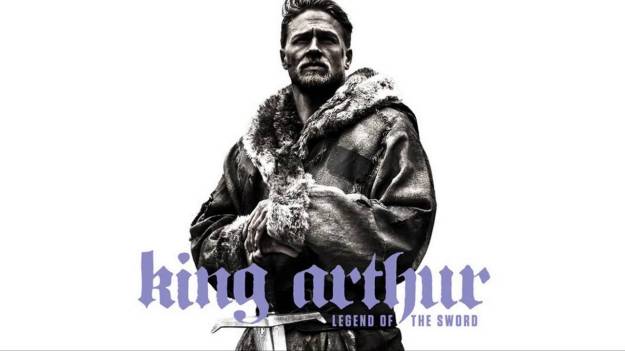 After the murder of his father, young Arthur’s power-hungry uncle Vortigern seizes control of the crown. Robbed of his birthright, he grows up the hard way in the back alleys of the city, not knowing who he truly is. When fate leads him to pull the Excalibur sword from stone, Arthur embraces his true destiny to become a legendary fighter and leader.

Before we start off with what I think of the movie, I’m gonna get into a little discussion here because it deals with all the promo stuff. Why they fuck is “King Arthur” in “king arthur” not capitalized? All of the promo photos I see online have it all lower case. They did that intentionally and I want to know why. Its the name King Arthur, that shit demands capitalization.

Anywho, the movie in my opinion is what everyone else is saying. Its all style no substance. When I think of King Arthur, you normally would think of Knights of the Round Table, Lancelot, Merlin, and Excalibur. Don’t get me wrong, they mention all those things, minus Lancelot. But it’s just that, minor mentions. The mention of the Knights of the Round Table at the end leads me to think they’re going for a sequel, there’s no mention of Lancelot, Merlin is said maybe two times in the movie and never really scene, and Excalibur, for a sword that’s suppose to dominate everything, it really doesn’t get much mention itself. Just that it’s a powerful sword and then 2 hours of Jax Teller over coming some internal struggle that doesn’t really involve the sword at all but some how makes it so that he can truly wield it. Just a bad movie adaptation.

It’s not terrible and maybe people just aren’t interested in generic a mid-evil Game of Thrones knock off movie. If they focused the story more on certain things maybe it would be better. Merlin and his relationship to Arthur’s family, The weird Ursula bitch that gives Vortigern his powers, their powers itself, the mythology of the sword etc. I don’t know how because I’m not a film maker but I think there was just a better movie to be made from this. It’s just that it seems to be a big mess that is really only good for mindless action and even at that, there’s really not much action. One fight/chase scene thats kinda cool. Has the signature snorricam effect that Guy Ritchie uses. Towards the end it gets pretty CGI which looks cool to a degree but id rather see more grittier practical action.  I wouldn’t pay Saturday night ticket prices to see this. Maybe a matinee if you want to skip work or are bored as shit for 2 hours and already burned through everything good on Netflix. Total Ugly Orange Score- 6.1. Jax Teller isn’t Arthur. This Movie stinks. 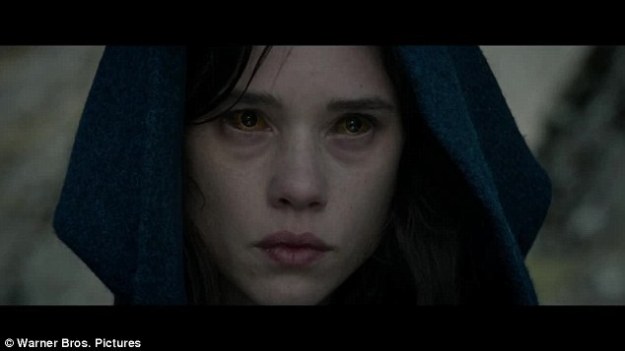 Would you have sex with her? I mean she was like the only chick in the movie besides, Arthur’s Family who gets fucked in the 1st 5 minutes and then his fake family that gets fucked in the 1st 10 minutes of the movie. The question has to be asked. It got kind of annoying this whole sub-side plot that Arthur wanted to get in bed with her. Like 5 lines of flirting but spread out enough that It makes you wonder if they’re gonna bang. Ultimately I wouldn’t. You can’t fuck with a magical girl if you yourself don’t have the magic to throw shit back at her encase she fucks with you. That’s just a rule I have. But also, this girl is kind of a bitch. Their whole plot to kill the king right? They go through this elaborate scheme where they try to assassinate him when this whole time this bitch could just summon a MASSIVE snake to eat the shit out of the entire army.  Why not lead with that?

Now I’ll be honest, I had no idea what the deal was with Jude Law killing his wife. Why? Because It was a mess of a movie. No Idea he was sacrificing bitches he loved to some Ursula looking lady. I don’t even think she comes up until she tells Jude Law about the sword and it’s true owner but at that point she says “you know what you have to do if you want more power.” I thought that meant he had to give her the D. Appalling. Fucking that gross slimy bitch to get more power. Yea later on you find out that what he has to do is actually sacrifice his daughter but I don’t want to play that hypothetical. Right now 2017 is some gross Ursula lady plopped outta no where hanging out in your shower and she says she can give you magical powers if you fucked her would u do it? Even more maybe she wont even leave your shower unless you bang her would u do it? You definitely wont enjoy it but like if she had a hypothetically normal pussy area, i think you have to do it. Nothing more humbling than having sex with an ugly gross thing. The upside though is you can use her as a real gross slump buster and after job gets finished you can turn into a Demon Knight for fun. That can be a useful skill whether medieval times or modern times. Yea your friends will make fun of you for fucking a hog with tentacles, but you can always become a fire demon and tell them to cut the shit, it was only for the powers and they’ll get it.

Oh I’d probably fuck her too to get her out of my shower. Gotta also do it for the story.

Arthur Was A Snitch

Yo how about Arthur, I guess someone who’s suppose to be of the people, snitching on Goosefat Bill. Yea I get he probably just didn’t want any trouble with the King and his Court but guy just up and snitches on the guy. That’s how you make enemies in life. Sure Arthur becomes king and all and they all seem happy and cool as a cucumber, but once he makes bad moves and relegates Goosefat to some lame managerial position, he’s gonna want to come after Arthur when he’s not looking. Don’t be a snitch, Arthur. They get stitches.

The scene where Arthur is suppose to pull the sword from the stone should be some grand moment. Like you figure it would be some huge character arch or some really inciting moment in the story. Nope. Arthur wanted to get back to the hooker den he manages so he decides to give it a shot and unbeknown to him, he yanks it out. That happens in the 1st half hour of the movie. I can’t imagine being a film maker and having my colleagues talking behind my back about how you take one of the most iconic pieces of weaponry in history dating back an entire millennium and make it’s reveal one of the most boring scene in the entire movie. Also not to mention. Kinda weird for Arthur to pull the sword from his dad’s spine right? Obviously he doesn’t know that at the time but once things are all settle in England and the village is thriving, at one point at night he’s probably gonna realize technically the sword was stuck in his dad’s fossilized body.

Charlie Hunnam is a hot looking dude. No one’s debating that. But this dude just doesn’t look like a King Arthur. I think it’s the hair color and the way he speaks. Guy is just too slick of a dude. First off, he’s the only one in the town with a hot hair cut. Everyone else is getting their hair chopped off with the meat cleaver they use to butcher swine while this guy is getting his side’s buzzed and hair slicked back with pomade. Don’t get me wrong, if i were a king I’d definitely be hot as shit but the point is Arthur is suppose to be from humble beginnings (I think). This guy was like a local hot shot swindling and beating people up for money while looking like an adonis. That’s not the rags to riches king look. Maybe if he had brown hair and didn’t look like he could afford work out supplements in the 10th century then I would say he fits the role but right now the Slick back hot haircut and chiseled body in leather pants look just doesn’t seem like an Arthur look. Maybe also because Arthur is a really lame name. 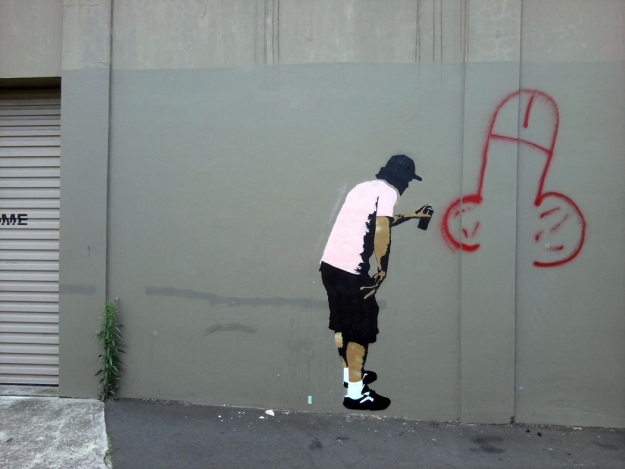 I don’t know what was up with the graffiti in the movie. It feels like they were making it a pretty symbolic and culturally interesting thing that the kids do. They were just weird dumb symbols. See another thing they could’ve scrapped to attempt to make this a solid movie but nope. just have kids draw dicks on the wall with paint and mention it having something to do with Arthur and his town.