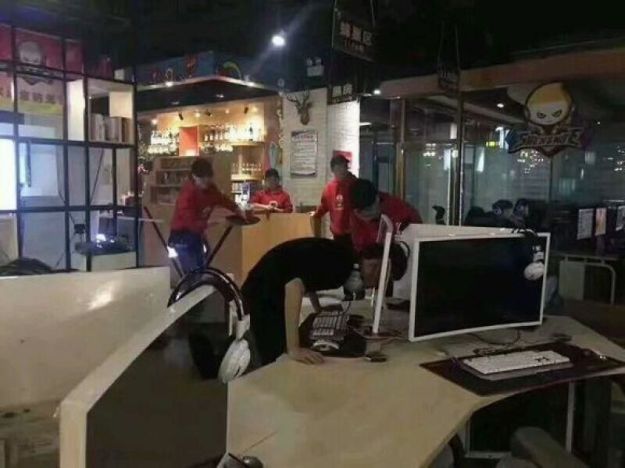 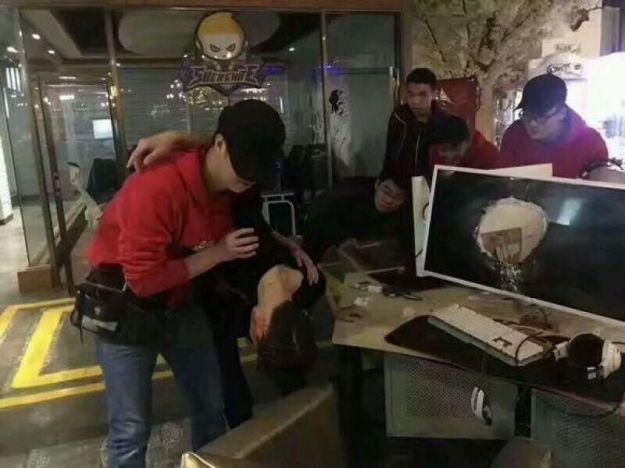 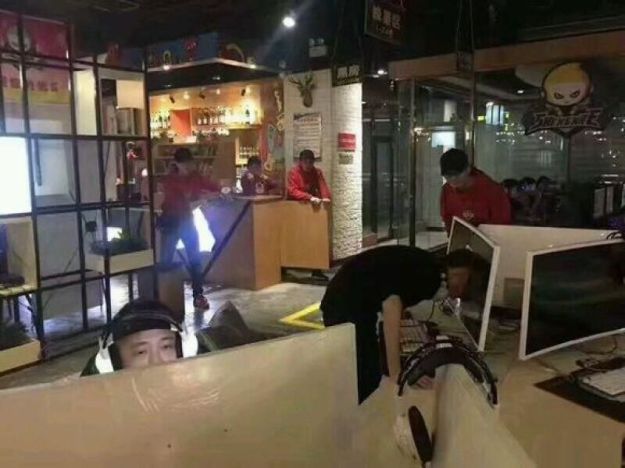 Furious at this teammates’ incompetence which had led to his defeat in a League of Legends match, one very hardcore gamer took out all of his frustration on his computer.

Consumed by rage, the guy delivered a ferocious headshot to the innocent computer screen, smashing through the screen and leaving his head stuck inside. It’s not clear how long he remained stuck there before his friends and internet cafe workers decided to help him out, but it was definitely long enough for other gamers to snap photos, which have gone viral on Chinese social media.

The computer screen was left with a sizable hole, while the guy’s head was left dripping blood.

The scene occurred in Lanzhou last Thursday. A local reporter recently visited the internet cafe where workers confirmed that the bizarre incident did in fact happen, adding that they had already thrown away the unfortunate computer screen.

I hate this guy so much. I hate any ultra hardo that gets too steeped into their subcultures and especially video games. Video games do nothing for me. Its like putting on a movie except you have to control the movie and it takes like 10 hours and more likely than not, you keep on dying so its like you have to re-watch a scene over and over again doing all the work. Video games suck and they’re too complicated. 15 different buttons do do different things, joy sticks popping all over the place. I miss games that were just Mario launching fireballs and jumping on goombas. Simplicity. I don’t feel bad for this loser at all. I hope his team mates call him an idiot for using his skull cap as a battering ram for an LCD screen. Besides who rams their head at shit? When you’re mad you throw a fist into the wall or screen of team mates face. Who head butts things? Psychopath losers that’s who.  Its a fucking video game. Unless he’s playing for major money he has no reason to be a whiney baby.