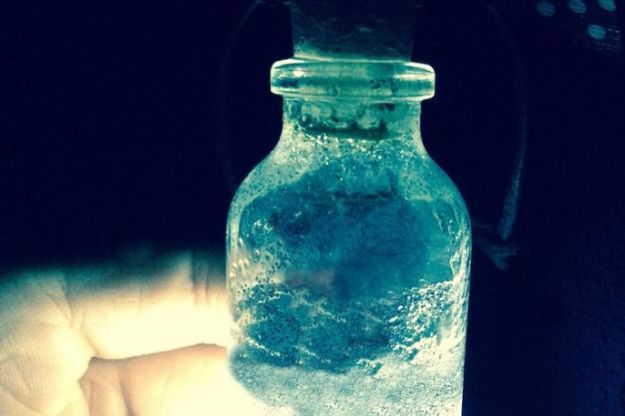 Source- A man’s desperate quest for love pushed him to turn to the realm of the magical when he bought some love potion online and used it on woman.
The substances he thought would cause her to fall in love with him? Yeah, those turned out to be poison.
Wong Fook Hiong has since been sentenced to the maximum fine of $1,500 for negligently endangering life, The Straits Times reports.
The married 43-year-old technical support officer had bought two vials of the substance online for $287 and poured them into the water bottle of his target at Ngee Ann Polytechnic last year. On a couple of occasions, the 30-year-old woman drank the horrible concoction, which she found to be of bitter taste.
What she drank was actually a mixture of xylazine and haloperidol. Xylazine is a muscle relaxant used in veterinary medicine, inducing effects such as drowsiness, lethargy, disorentation and respiratory depression in humans. Haloperidol on the other hand is used to treat various psychosis, inducing insomnia, agitation, and excessive muscle activity. Hardly symptoms of love.
The day that she ingested the concoction, her throat became parched, and she indeed became disoriented and was unable to sleep that night.
After a couple more times of the same thing, she decided to catch the culprit and placed her mobile phone at her desk, setting it to video recording mode in January last year. Video footage captured Wong pouring the substance into her bottle of mineral water, shaking it and placing it back.
A police report was made the next day, and Wong was arrested. The prosecution sought out the maximum fine, stating it was lucky that the victim was not seriously harmed.

Ahhh nothing says romance like taking a muscle relaxer used on animals mixed with drugs used to fight psychosis and inducing muscle spasms! On the real though, there’s no chance he was making her fall in love with him. That’s just a real good excuse when the cops swarm your house arresting you for drugging a woman. “Oh no officer, I drugged her not because i was going to rape her or anything, it’s because i wanted to make her love me,” when in reality he probably was just annoyed by her and tried to kill her. No love but also no attempted murder charges. I mean are you kidding me with these fines? $1500 dollar fine! A normal person probably accumulates more in fines for parking tickets or traffic violation and here’s Wong Fook Hiong paying the same amount for trying to kill a woman. Irresponsible amount to fine someone who probably was on the verge of killing someone. Sure it wouldn’t surprise me that some 43 year old Technical Support guy at some office in Bangkok wants to cheat on his wife to pretty much drug a woman he works with, but it also wouldn’t behoove me to think he’s a 43 year old Technical Support guy at some office in Bangkok and is pissed off at the world and this chick just pissed him off one day and he flipped and tried to poison her. Its all plausible to me and just in case i lose my mind or something and turn to the dark side its an interesting excuse to use If i get arrested for attempted murder/rape/drugging a woman (it wont hold up in court most likely). “No officer, I just made her try to love me.”

-They probably don’t even care about the guy selling fake love potions for $287 made from muscle relaxer and psychotic meds.

1 thought on “Man Tries To Drug A Woman With A Love Potion. Ooops, It’s Actually Poison”