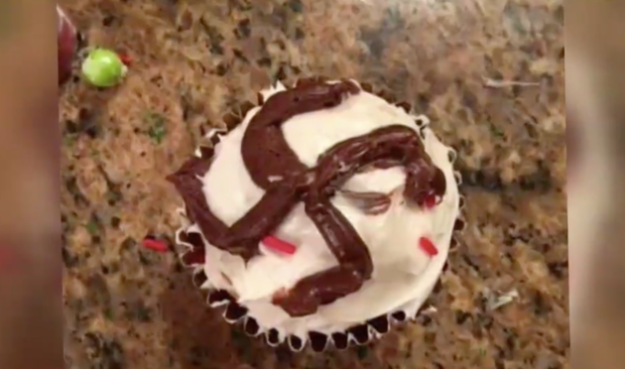 PARADISE VALLEY, Ariz. – Sweet treats at a Jewish teen’s birthday party in Paradise Valley turned into an offensive message after young party goers decided to decorate their cupcakes with swastika symbols.
Pictures of the swastika topping began spreading on social media after the teen’s mom posted about what happened on Facebook, writing that she hoped it could be used as a teaching moment for parents.
According to the post the girls are all friends and told the Jewish teen’s mom they did it to “be funny.”
The teen’s mother also posted that her daughter and the girls at the party had just had a lesson on the holocaust, so she believed they knew very well what the symbol meant.
Carlos Galindo-Elvira, the director of the Anti-Defamation League in Arizona says parents need to teach their children about the meaning symbols tied to acts of hate like the swastika.
“When you joke with symbols like the swastika you begin to normalize them and make it very casual within our society,” Galindo Elvira told 12 News.
In an update posted online the mother said the girls had apologized and that their parents had spoken with them about the severity of using symbols like the swastika.
Galindo-Elvira hopes other parents can use the incident as a chance to do the same.

No bigger social faux pas than ruining a party with racial themed party foods or anything culturally relating to mass genocide. These girls are young so let this be a learning experience.  When you go to someones event in celebration that they lived and grew another year older, another year wiser, It can be a real damper to give her a cupcake with a symbol that marked the murder of probably all ancestors before her grandma and grandpa. Gotta get that lesson out of the way so next time she’s not the one at the Halloween party dressed up as the Twin Towers on fire or dressed up as a Boston Marathon bombing victim. Because believe it or not, we don’t have 14 year olds pulling these moves that probably know is a sure fired way to get backlash and kill the life of the party, but we have somewhat college educated biddies that do that shit too. People that understand social stigmas and some how think its a totally killer idea to pull stunts like this. Crazy I know but it happens.

P.s- for what it’s worth, I still would’ve eaten that cupcake.