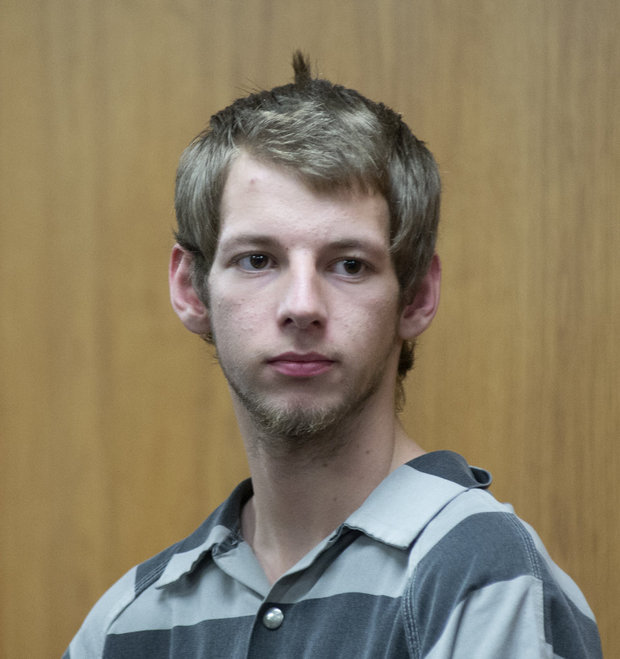 SAGINAW, MI — An 18-year-old could serve prison time for impersonating a police officer in an attempt to become Facebook friends with Hooters workers.
Nicholas M. Fuhst appeared before Chief Circuit Judge Fred L. Borchard on Thursday, July 28, and pleaded no contest to a felony charge of impersonating a peace officer to commit a crime.
Fuhst pleaded to that charge, which carries a maximum penalty of four years in prison, for a May 12 incident at the Hooters restaurant at 5538 Bay in Kochville Township.
Fuhst’s plea agreement calls for Borchard to sentence Fuhst within his state sentencing guidelines, which either will be scored at zero months to 13 months or zero months to 25 months.
Borchard then will set a maximum sentence. Fuhst’s third-time habitual offender status will double the maximum possible penalty to eight years in prison.
Chief Assistant Prosecutor Christopher Boyd has said Fuhst, who last lived in Vanderbilt in Otsego County, represented himself as an undercover police officer and obtained a list of employees at the restaurant. After reviewing the list, Fuhst asked for more detailed information about some of the workers, Boyd said.
“He indicated that he went to Hooters because he wanted to talk to the girls to see if they would be friends on Facebook,” Boyd said.
At Fuhst’s May 19 arraignment on a probation violation charge, Assistant Prosecutor Joseph Albosta said that when police arrested Fuhst, they found three knives, lighter fluid, zip ties and observed several names circled on the employee list.
“I think there were some dark thoughts going through his mind,” Albosta said.
In addition to the impersonation charge, Fuhst pleaded to a misdemeanor count of disturbing workers, which carries a 90-day maximum penalty.
At the time of the Hooters incident, Michigan Department of Corrections records listed Fuhst as an absconder from probation. He was serving two years of probation for unrelated crimes of arson of personal property worth more than $1,000 but less than $20,000 and malicious destruction of personal property worth more than $1,000 but less than $20,000.
Fuhst on Thursday also pleaded no contest to violating his probation by absconding and by committing the crimes at Hooters. He also could receive a prison sentence for the probation violation.

Do you think guys like these ever wake up in the morning and look them selves in the mirror and say “hey I’m a psychopath”? No? Not even when they’re half way impersonating an undercover police officer to a bunch of waitresses at the local Hooters just so he can add them on Facebook? Half way through telling the ladies about his fake case that he’s under cover for he has to realize like “hey this might be the craziest thing in the world.” And not for nothing, but I’m not quite sure this guy knows how friends work. Sure talking and getting to know another person is a huge part of it. He might’ve made a friend here or there just by talking but you see a big part of maintaining that friendship is making sure you don’t ward them off by possibly murdering them via zip tying them down and dosing their stabbed body in lighter fluid. Oh and having them on a kill list probably isn’t the best either and whether you realize it or not, if you make a list with people’s name on it, it will always be a kill list. Also love the little tidbit casually thrown in on the end that he was out on probation for arson for damages up to but under $20,000 dollars. Probably should’ve kept him locked up from that point on, so to this psychopaths benefit, I’ll put that on the justice system.

What are the chances you think he had the red lipstick ready to smear on his lips after the Facebook friend request was accepted?