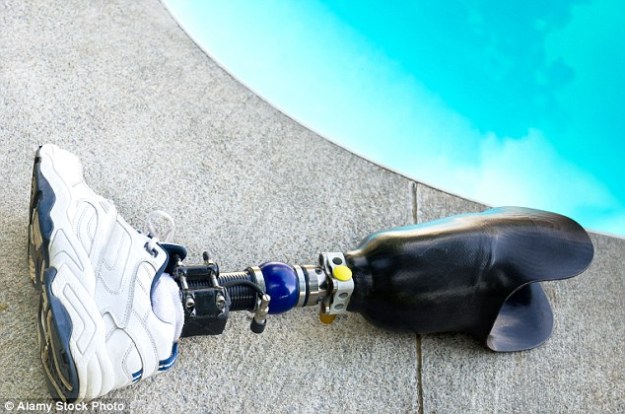 (NEWSER) – After Quincy Green was arrested on a gun charge in April, he was supposed to be on house arrest while waiting for his trial. But the tech at the company that supplies and fits ankle bracelets on Washington, DC, pre-trial detainees put the bracelet on over Green’s sock—that’s “absolutely not” protocol, per an exec at the company, who says regulations require the bracelets to be placed directly on skin—and apparently didn’t realize that sock was covering a prosthetic leg. So, police say, Green simply took off the leg, replaced it with another one he had, and was able to leave his house. That’s how, they allege, he was able to leave his house and go to an area that Fox 5 DC reports he had specifically been ordered to stay away from and where he allegedly shot and killed Dana Hamilton around 2:40am on May 19. “That man was supposed to be in his house,” Hamilton’s mother, who calls her 44-year-old son’s death “the worst thing that ever happened to me,” tells the Washington Post.

You know, you see a lot of times in movies and stories around the internet the fact that handicap people are always able to hold their spirits high even though they have some disability that sets them apart from normal people. It kinda puts a smile on my heart. When you see a handicap kid score a touch down or even sometimes I hear stories of people with glass eyes using it to freak people out just for a good laugh. We all have heard stories like that. Its the fact that they’re able to reach their goal in the face of adversity.

Well this is kinda like that situation only he’s a murderer and you shouldn’t feel that great about it. And really its not so much him persevering and overcoming the fact that he has one leg, just more so the fact that the cops kinda fucked up major. But some part of it should still be kind of funny like the aforementioned story about handicap guys fucking with people with their fake limbs. Like when the P.O. came around knocking on Quincy’s door and found his fake leg on the floor with the house arrest anklet still beepin, he probably had a nice little chuckle thinking this felon is rolling around with 1 leg trying to commit murderers not knowing that he had a back up leg. I know i had a nice laugh.