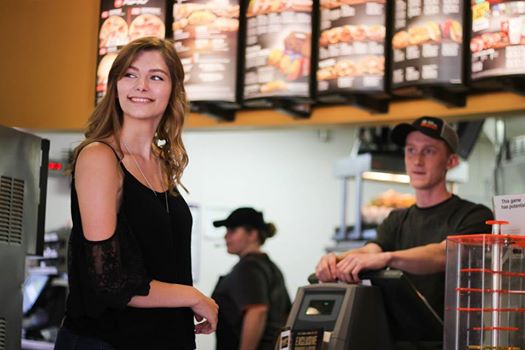 Source– Senior photos have always been the most unnatural pictures that are meant to seem untaught. We remember taking a senior photo while leaning against a fake brick wall, looking tough. All copies of it have hopefully been burned.
But for Ritenour High School senior Brittany Creech of St. Louis, the inspiration for great senior pictures came to her in the form of Fourth Meal.
The 17-year-old told The Huffington Post she jokingly tweeted about taking the photos at Taco Bell a few weeks ago.
Then, Creech said, she started to take the idea more seriously. She spoke with photographer Brendan Batchelor, who was into it. The rest is viral Internet history.
“People find it funny that I wasn’t joking about it,” Creech said. “The employees thought it was great. They were laughing and they were like, ‘Are you serious?'”
Creech said now when she goes into her local Taco Bell, people ask to take photos with her.
“Now that it’s on the news, it’s a bigger thing,” she said.
Some told Creech they don’t approve of the unique setting for the sacred high school tradition. But she said it’s all in good fun.
“It’s honestly just a joke,” she said. “It’s nice to see something on the news that’s not negative.” 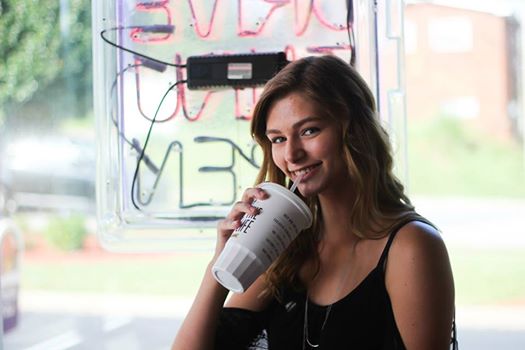 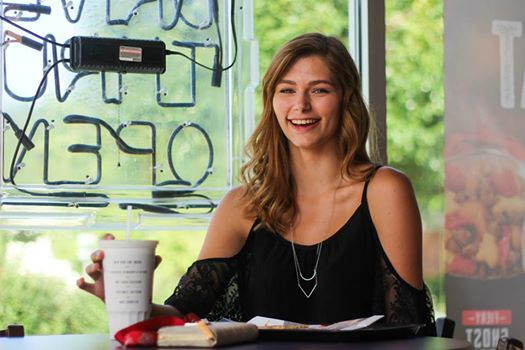 Im not gonna lie i kinda hate this move. I feel like Taco Bell has been turned kinda hipster ish. Guys for a long time have loved Taco Bell but Girls use to think it was gross. “Blah Blah Blah Ewww its not real meat i cant believe you’d eat that!” Thats the norm that I’m use to and i don’t like change. Then all of a sudden I feel like girls want to be Edgy and all “IDGAF I eat Taco Bell, im not like all the other girls except i kinda am but guys will think im cool because im eating Taco Bell.” Its annoying. Maybe I hate it because it felt sacred to me. Yea everyone did McDonalds and BK but Me and my friends especially stuck with Taco Bell through thick and thin. Maybe that makes us Hipster-ish but i dont care. We roll with the Bell till the death through think and thin and Animal meat scandals. Fuck this girl. She’s not even eating anything. All it is is here there drinking a soda, probably even just water. If you want to make your mark senior year by having Taco Bell in your senior photos then you should have a beefy 5 layer all in your grill. Beef Chalupas and a Mountain Dew Baja Blast till the death. Chicken Quesadilla to split with your boys.