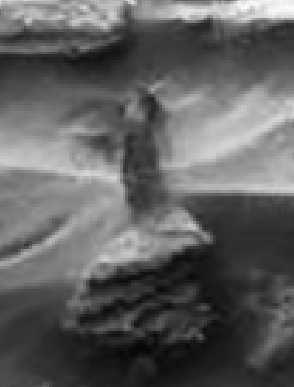 When i was in high school me and my friend were obsessed with conspiracy theories. At night i would scour the internet to find a billion cryptic crazy conspiracy theories and compiled them in a binder that we dubbed, “The Archives.” Real loser shit. Before class would start we would gather and i would spit the legends and myths about Americas unknown conspiracy theories and we’d all gasp and awe at the truth i was hitting them with. Now one of the most famous , or at least what i think is one of the most well known conspiracy theory, revolves around Amelia Earhart. It was one of the first stories we’ve all heard as a child and got me hooked on weird crazy conspiracy world. Did her electronics fail and crash into the ocean when flying over the Bermuda Triangle? Was she a spy and Japan captured her and killed her? No you idiots. The Bermuda Triangle obviously opened a black hole when she flew her plane through it and it teleported her into space. Duh. Now I’ve heard it they’ve found what looks like parts of a broken plane on The Moon and on Mars. Now Im not saying this figure is Amelia Earhart, but maybe she was pregnant whilst flying and she got teleported to space and she had a kid on Mars. Sound crazy? well its the only explanation to all the facts.